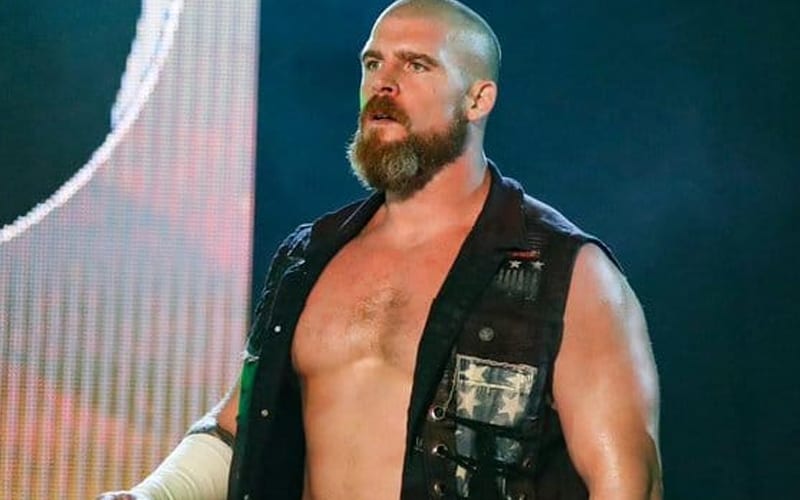 WWE has come to terms with the release of Steve Cutler. He was last seen on SmackDown as a member of King Corbin’s Knights of the Lone Wolf.

Cutler has been absent for several weeks and it was not made public why he was taken off television. The company did wish him the best in his future endeavors as part of the release announcement in a very short write-up about his release on their official website.

WWE has come to terms on the release of Steve Cutler. We wish him all the best in his future endeavors.

Steve Cutler was previously a member of the Forgotten Sons. The faction was called up to the WWE main roster after WrestleMania last year. Then they were then taken off television after Jaxson Ryker’s political tweets caused the stable to be pulled from television. It is unknown what will happen with Wesley Blake at this point, but Cutler is no longer with WWE.

We’ll have to see where Steve Cutler ends up next. Odds are a 90 day non-compete clause is attached with this release.