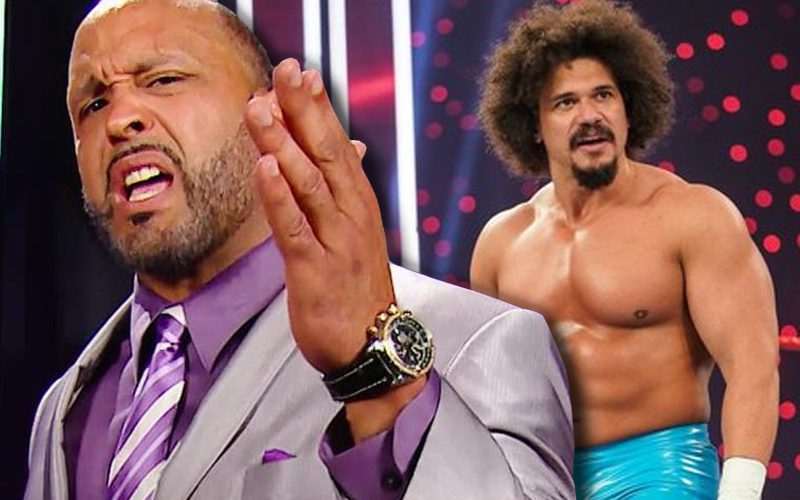 There is a rumor going around that MVP was instrumental in WWE giving Carlito this shot. We’re not sure how much of the rumor is true, but MVP referenced this story going around with a tweet this morning.

The dirt sheets never get it right.

MVP shut down this story, but he didn’t do a very good job explaining what actually happened.

We know that MVP was referencing this Carlito story because he used several lol emojis, an apple, and a winking face. Of course, Carlito spits in the face of people who don’t want to be cool, and an apple is usually his go-to projectile. He might not be allowed to spit in faces anymore due to a pandemic going around.

Carlito appears to be back in WWE and signing a contract is just a formality at this point. Management was very impressed with his look and he hasn’t lost as step either.