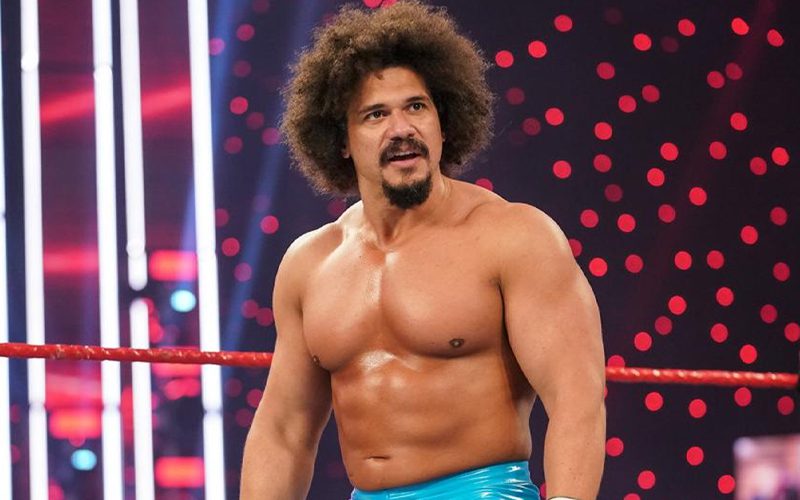 Carlito was a surprise entrant in the 2021 Royal Rumble match, and it could bring him back into the company’s fold on a more full-time basis. That remains to be seen at this time.

We previously reported that Carlito was given a producer tryout during Raw this week. He was also able to work a match on the show. All that happened without a contract being involved.

According to PW Insider, Carlito has yet to sign a WWE contract. It is expected and considered “a formality.” He has already received a fair amount of internal praise for his recent work and being in great shape.

As of yesterday, Carlito has not signed with WWE but the expectation is that is just a formality.  There was a lot of internal praise for his work and the shape he returned to the company in at the Rumble.  He’s expected back soon.

Carlito was blown away by the support he received after his Royal Rumble return. He was not at Legends Night despite WWE announcing that he would be there. Getting to make a return to the company in this way is a fine trade-off.