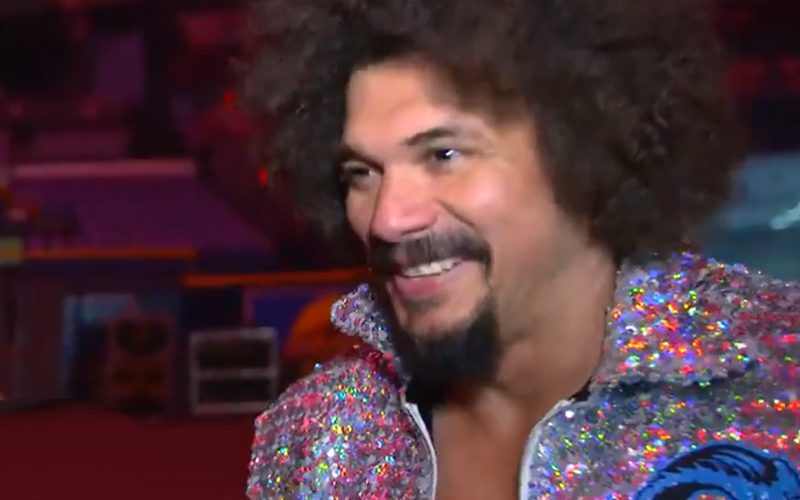 Carlito returned during the 2021 Royal Rumble, and that was a pretty cool moment. The next night on RAW, fans saw him in a new team with someone he is very familar with, Jeff Hardy.

WWE spoke to the new tag team following a successful debut on RAW. They were very happy with how things turned out for them as Carlito opened up about his new situation in WWE.

“It was great, I was happy, man. I got my main man Jeff over here again so I’m on cloud nine right now.”

Jeff Hardy then said that they were “two old timers doing what the do best,” during WWE RAW this week.

It appears that the Hardy Bros team is done, at least for now. Matt Riddle is off doing his own thing with the Hurt Business and Bobby Lashley. Now Jeff Hardy has a new partner and we’ll just have to see where things lead as Carlito continues his return to WWE.