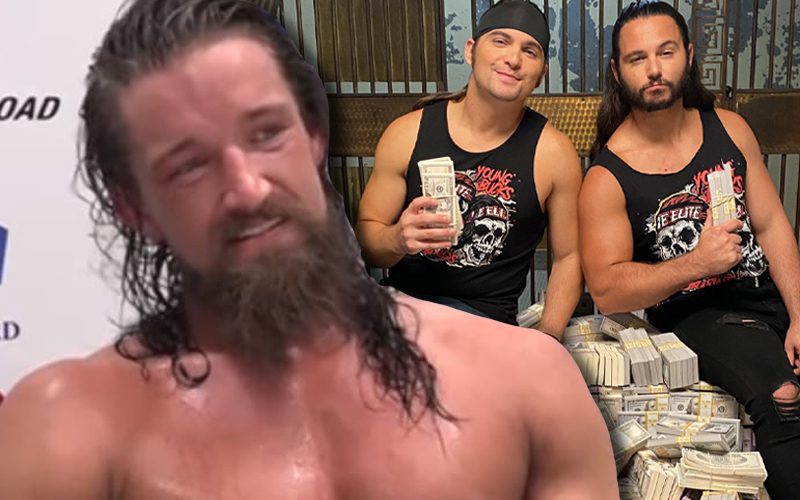 The Young Bucks were members of The Bullet Club a few years ago, but that was ages ago in terms of pro wrestling. A lot can change in that time, and Jay White wanted to make it very clear that the Jacksons do not represent the current Bullet Club.

The Young Bucks tweeted out saying: “The original Bullet Club t-shirt design hadn’t been in the Top Sellers List for two years.. until the night we all decided to throw up Too Sweet again. You’re welcome.” That seemed to trigger Switchblade.

Jay White returned to NJPW after saying that he was quitting. He took that opportunity to address the Young Bucks saying they represent the “real” Bullet Club.

The Young Bucks likely won’t leave AEW and venture back to NJPW. If that day ever comes then they might have a great storyline waiting for them. You can check out a video featuring Jay White’s promo below.