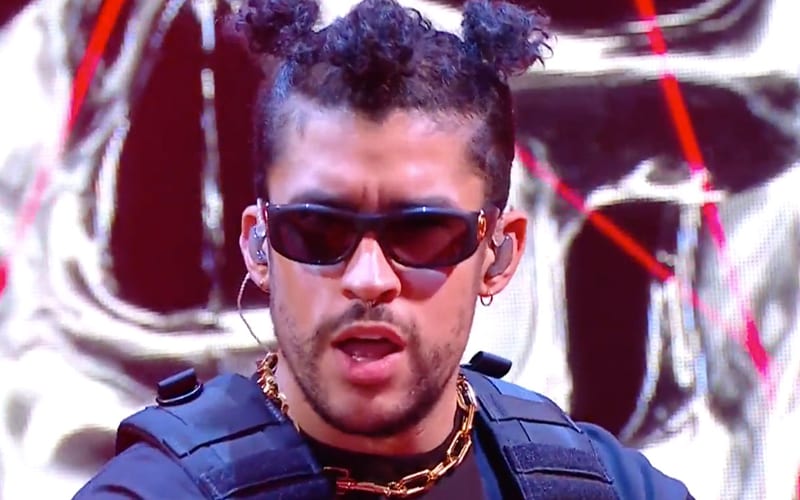 Bad Bunny is one of the most popular rappers on the planet, and he is a huge WWE fan. The company is taking full advantage of that.

Bunny appeared during the Royal Rumble event a few times. He performed his “Booker T” single, and he also took quite a dive. That received some mainstream attention as well.

PW Insider reports that WWE is planning for Bad Bunny to get physical again. It’s not known if this will lead to a match, but he’s obviously down to get into the action.

Last night was not planned to be the final time we see Bad Bunny get physically involved with Miz and Morrison.

Bad Bunny will bring a lot of attention to WWE, and it could capture some new fan interest as well. It appears that Bad Bunny will be paired up with RAW newcomer Damian Priest in some fashion as they continue against The Miz and John Morrison.