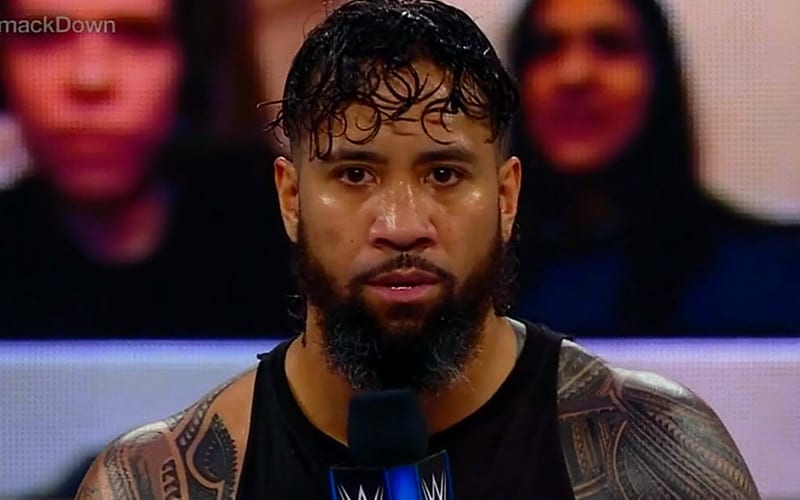 Jey Uso proclaimed that he entered himself into the 2021 Royal Rumble match. He even stated that if he wins, then he would head to Raw. Those plans did not work out and he didn’t wrestle on Sunday.

According to F4WOnline, Jey Uso was not medically cleared for the Royal Rumble. He was also missing from Friday Night SmackDown.

The nature of Jey Uso’s issue was not reported. We have no way of telling due to medical privacy laws. He was last seen in a losing effort to Shinsuke Nakamura on SmackDown.

Hopefully, Jey Uso will be able to return very soon. He wasn’t the only SmackDown Superstar who was absent from last week’s show. Robert Roode, Steve Cutler, and Wesley Blake were also not on television.