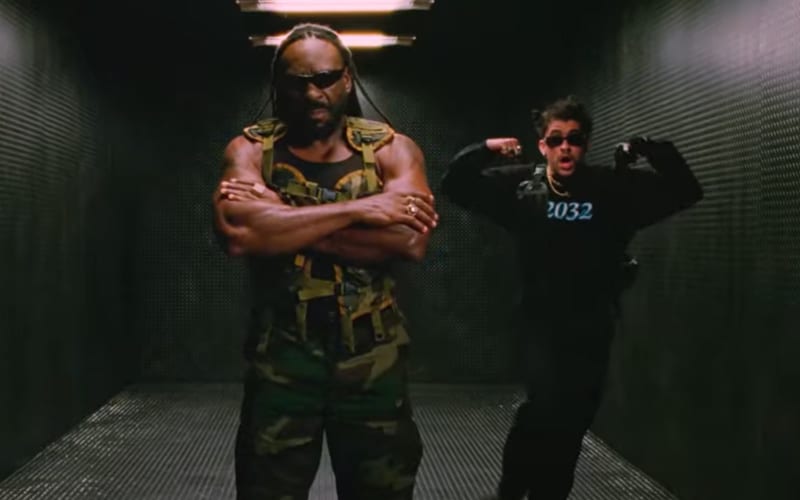 In November of last year, rapper Bad Bunny released a new album “El Ultimo Tour Del Camino” and one of the tracks was called ”Booker T”, paying tribute to the WWE Hall Of Famer. This certainly interested fans.

Bad Bunny is a huge fan of pro wrestling and has had other pro wrestlers appear in his past music videos, such as Ric Flair and ‘Stone Cold’ Steve Austin. They appeared in Chambea and Quien Tu Eres respectively.

Now it seems the rapper has finally made Booker T make an appearance in his latest music video. The video currently has 8,234,360 views on YouTube at the time of writing.

In the video, Booker T is seen posing while Bad Bunny raps. However, Booker T does manage to say his signature “Can you dig it, sucka?!”

Booker T will be appearing on RAW Legends Night On January 4th of this year.