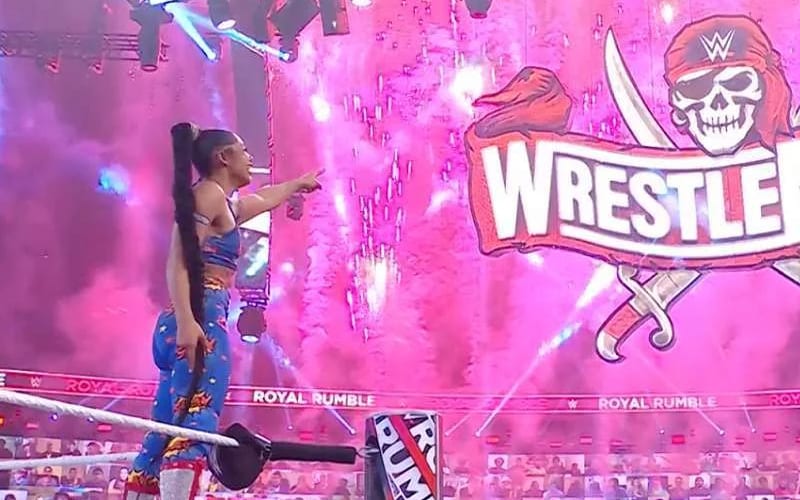 Bianca Belair won the 2021 Women’s Royal Rumble match. This was a huge moment for her career, and it was also a historic one for WWE.

NXT Superstar Malcolm Bivens tweeted out saying, “Bianca Belair kicking off Black History Month like that is CRAZY. Thank you, Queen.” This received a very negative response from one fan.

This fan tweeted back saying: “Yaya u blacks can be happy and stfu now.” Bivens didn’t reply with any words, but he did do a dive into this fan’s Twitter profile for a little ammunition.

It didn’t take Malcolm Bivens long to find a photo of this fan posing next to a giant Tupac Shakur painting while throwing up the “Westside” hand gesture. So, Bivens gathered up all of his evidence and presented it in one tweet.