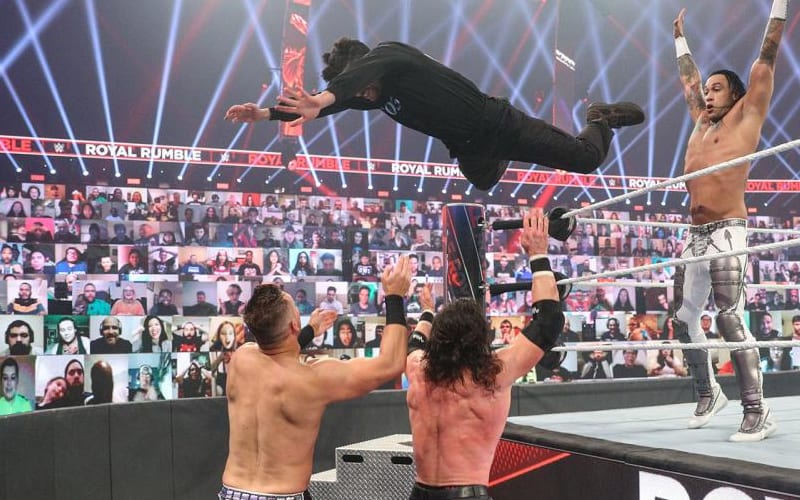 Bad Bunny showed up at the Royal Rumble to perform his single “Booker T,” but he wasn’t done. During a backstage segment, he generated beef with The Miz. This caused the A-Lister to destroy Bad Bunny’s equipment, but they call Bunny “Bad” for a reason.

Bad Bunny entered himself into the Royal Rumble match, but he didn’t stay for long. The famous rapped scaled the top rope where he hit a big dive on The Miz and Morrison.

TMZ picked up this event and ran it as a story. Other mainstream outlets have followed and Bad Bunny’s dive is likely to be written up in blubs throughout the entertainment world by the end of the day.

The YouTube video for his “Booker T” performance at the Royal Rumble has almost 1 million views. The video of his big dive has almost a quarter of that as of this writing. That might change as this story starts to hit various news cycles.

This is exactly what WWE wanted from this appearance. Bad Bunny is world famous, and he put a big spotlight on the Royal Rumble.