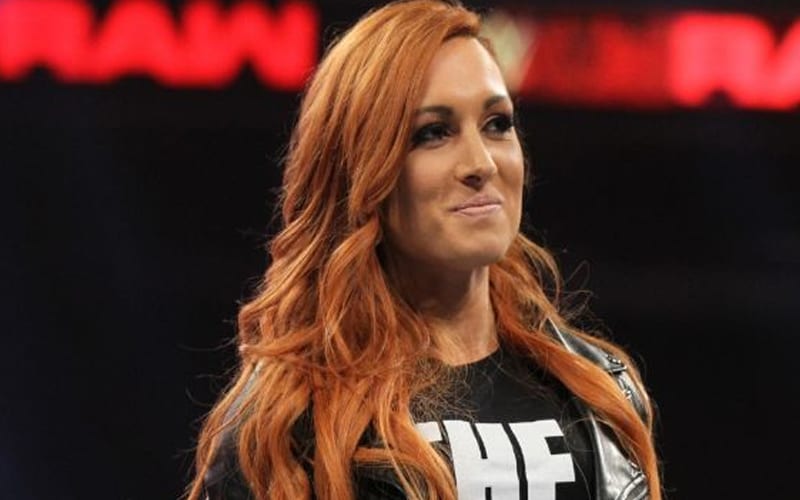 Becky Lynch took off from WWE when it was discovered that she and Seth Rollins were expecting a baby. Their daughter Roux was born on December 4th, but the big announcement about The Man and Messiah officially becoming parents wasn’t dropped until December 7th.

The Royal Rumble is tonight, and fans would love to see Becky Lynch return. It might be too soon for that to happen just yet, but she is coming back.

During Wrestling Observer Radio, Dave Meltzer stated that Becky Lynch will be back in WWE. The Royal Rumble might be a bit too early for her return, and it was strongly implied that is the case.

“She’s on her way back, but I was told not [the Royal Rumble], but who knows?”

Becky Lynch could very well pull off a big Royal Rumble surprise and catch everyone off guard. You never know what can happen on the road to WrestleMania.

Baby Roux might even get to have her first backstage experience at a WWE event. We’ll just have to see if Lynch is able to make her return this soon, but The Man is coming back around.