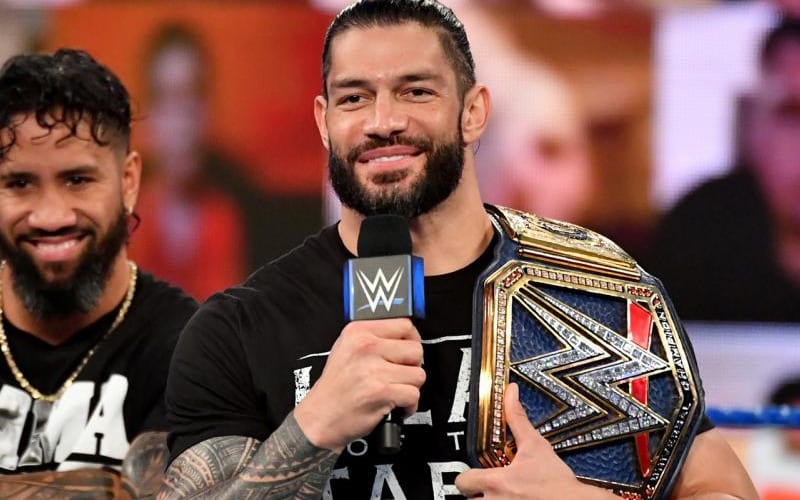 WWE fans are currently engaged in a popular debate comparing Superstars today to those from the past. Roman Reigns has given this idea some thought and he has an answer.

During a recent Sports Illustrated interview to hype Royal Rumble, The Tribal Chief was asked how he would have handled being a part of the Attitude Era. He said that it would have been “too easy” for him, but he had a reason for saying so.

There were few limits during the Attitude Era. Wrestlers could take things to the extreme. It is much harder to put on a good storyline when there are limitations like with the PG Era. This is something that Roman Reigns excels at, and he realizes that taking that censor off would give him a much easier time creating compelling television.

“To be honest, and this is gonna make some good headlines, but it would’ve been too easy. I feel like [John] Cena said it before. It’s a challenge to be PG. It’s a challenge to not have to go the cheap route. Being able to shove everything up everyone’s ass, to do that stuff, to just chug beers—and I’m not taking anything way from the performance and the physicality of what they did and the stories they told in the ring—these guys were great performers and great in-ring wrestlers.”

“The character development was easier. If I could just start chugging bourbon and smoking cigars, imagine what my character could be. We could go even further on this mob boss thing. It’s more challenging what we do now. It’s the facts. That’s why the business is bigger. That’s why we have a bigger platform now. And that was all due to the work done before us to get us to this point, but at the same time if we don’t do it the way we do it now, it wouldn’t be that way. It was a different time.”

Roman Reigns and Paul Heyman’s WWE storylines are treated differently for a reason. They have a lot more creative influence than practically everyone else on the roster. This gives Reigns the ability to craft his storylines the way he sees fit. If the Attitude Era rules were still in place, we might see a much more intense side of the Tribal Chief, one that might not take as much effort to concoct.