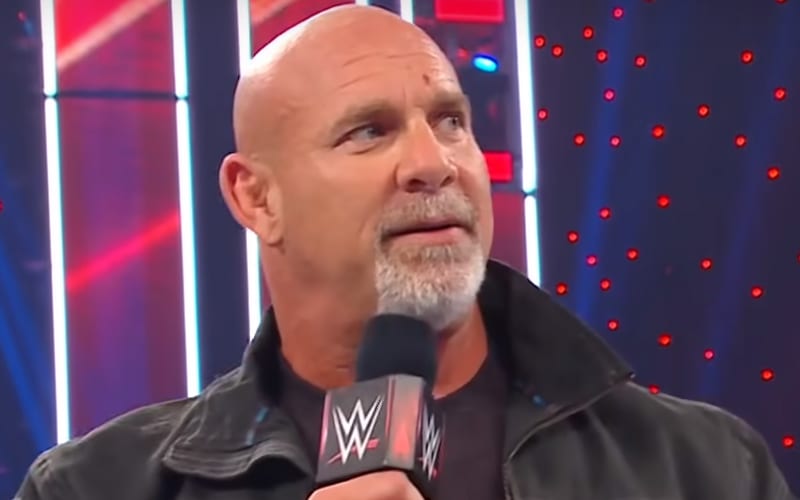 Bill Goldberg was initially scheduled to face Roman Reigns at WrestleMania 36 last year. Due to the COVID-19 pandemic and Roman Reigns being concerned for his well-being, that match did not end up happening.

Goldberg previously revealed he is still bothered by the fact the match did not take place. Roman Reigns ended up being replaced by Braun Strowman at the very last minute. The match was ultimately short and not memorable, as Braun Strowman defeated Goldberg for the WWE Universal Championship.

While speaking to Ryan Satin of WWE on FOX, Goldberg revealed that he was quite miserable due to the match. Goldberg added that it was a very stressful 48 hours for him due to the sudden change in opponent and COVID-19 pandemic.

“It was miserable. It was very… you know, that situation was extremely difficult. Whether it was just dealing with the COVID, whether it was dealing with the last-minute change of the opponent, whether it was dealing with having to stay and change my itinerary literally on the fly when I hit the ground. It was a very stressful 48 hours and again, I’m a soldier. I’m not the general. I may have an opinion about it but it’s not my place to voice it because my opinion makes no difference in that situation. I always like to have had a very meaningful storyline and build up to every match or potential match that I’m involved in. It’s only fair to the fans. It’s only fair to my opponent and it’s only fair to me.”

Goldberg is set to challenge Drew McIntyre for the WWE Championship at the Royal Rumble pay-per-view this Sunday.