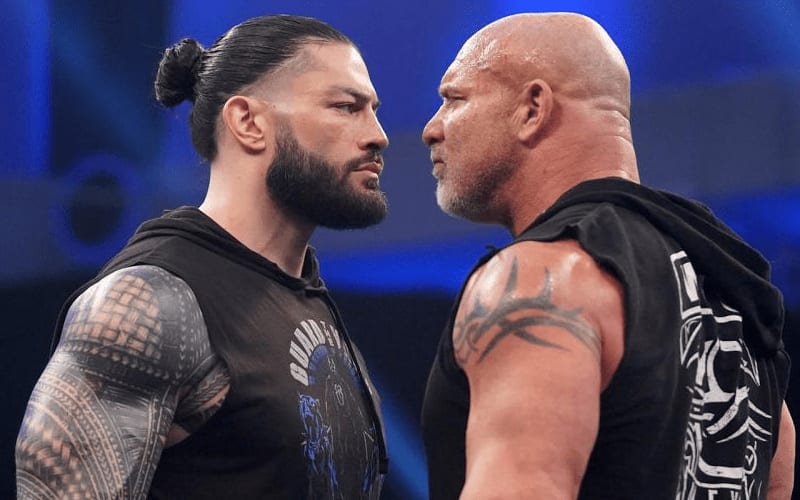 Roman Reigns was set to take on Goldberg at WrestleMania 36, but COVID-19 got in the way. Reigns started a self-quarantine and he waited at home for half a year before coming back. Goldberg really wanted that match.

While speaking to Fox Sports, Goldberg was asked if it still bothers him that his match against Roman Reigns was nixed. He wants to have that match and Goldberg confirmed that he wants to take the former Georgia Tech player.

Cause I’m always going to have that ingrained hatred for him by playing football 60 minutes away from where I played football with Georgia. And by the hatred we had for Georgia Tech, it’s just one of those things that people don’t understand it and it’s one of the best back stories professional wrestling could ever have.

Because there are two schools that I cannot stand. I cannot stand the colors. I may be 54 years old, 34 years removed from when I was playing football against them, but anything from Georgia Tech and anything from the University of Florida makes me want to vomit, okay?

So, Roman Reigns, knowing that he wore that helmet and that uniform, I want to take him apart for no other reason.

We’ll have to see if Goldberg and Roman Reigns do lock horns soon. Roman recently threw a little shade at Goldberg’s spear. Perhaps WrestleMania 37 will give those two will get a repeat at Raymond James Stadium.