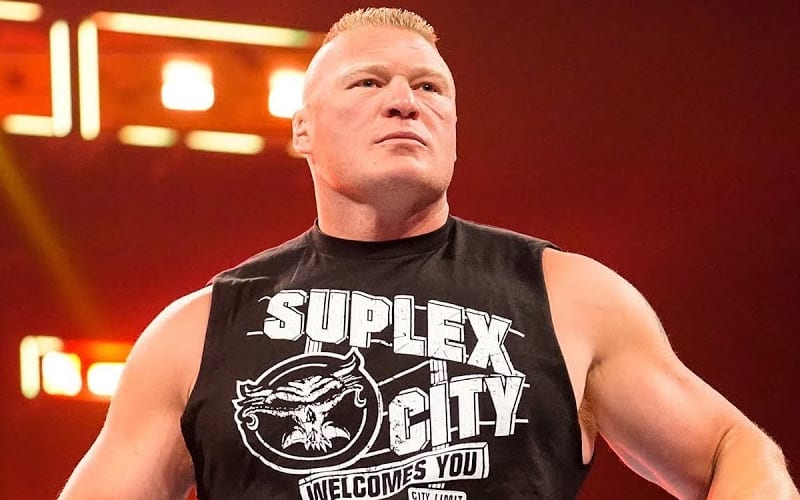 Brock Lesnar’s WWE contract expired after WrestleMania 36, and he hasn’t been back. The Royal Rumble is coming up on Sunday, and that brings a natural inclination that the Beast Incarnate will be back.

WrestleMania is two nights yet again this year. Many fans might be expecting a return of Brock Lesnar, but that has not been confirmed. In fact, we have heard that nothing is in place according to the Wrestling Observer Newsletter.

The only thing we do know is Lesnar is not under contract nor scheduled for the show at this moment,

Brock Lesnar’s return is something that can be arranged between three people then inserted into the show as an altered plan after it has already started. Lesnar won the Money In The Bank briefcase without anyone knowing that he would be in the match. We’ll have to see what WWE and Lesnar can figure out.