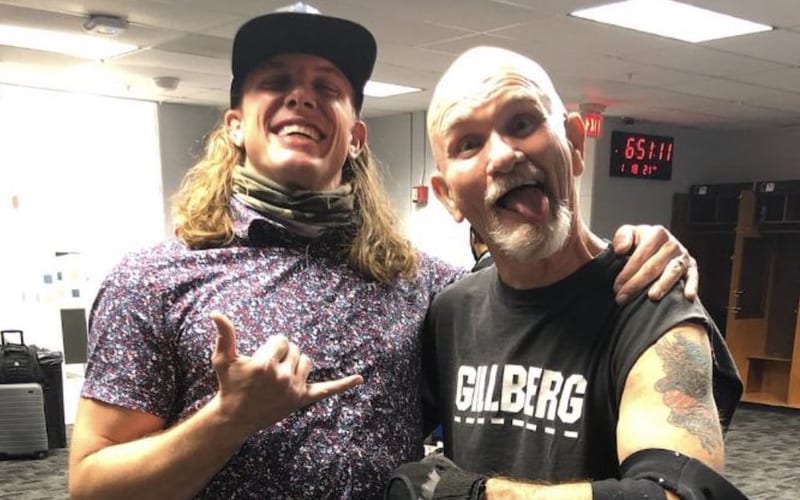 Matt Riddle and Goldberg’s beef is well-documented. He recently had a chance to meet a mini version of the former Universal Champion, and he took full advantage of it.

Gillberg showed up on Raw this week when Goldberg was promoted for the Dirt Sheet. It was a lot of fun, and David Krumholtz even showed up as Drew McIntyre’s stand-in.

Riddle knew that Gillberg was in the building, and he had to get a photo. The next day, Riddle tweeted out a photo of himself with Gillberg along with a caption that threw a little shade at Goldberg in the process.

Real legends are your Bros and this stallion is 10 times the man Willy G could ever be!

Goldberg will be on Raw next week, but he might not be as excited to snap a selfie with Riddle. That won’t keep Riddle from asking.