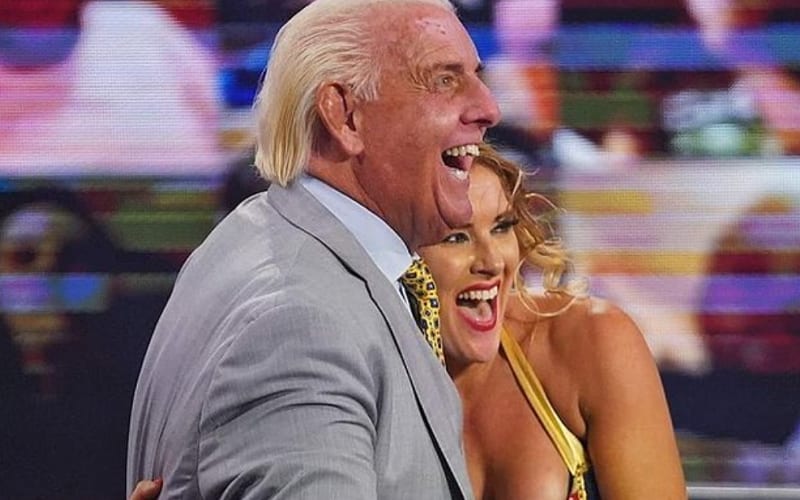 Charlotte Flair and Lacey Evans have been engaged in a feud for the past couple of weeks on Monday Night RAW.

On last week’s episode of Monday Night RAW, Ric Flair betrayed Charlotte Flair and aligned himself with Lacey Evans, signalling the beginning of their romantic storyline.

On this week’s RAW, the storyline continued as Charlotte Flair took on Peyton Royce. During the match, Lacey Evans walked out with Ric Flair to his music and also wore his iconic robe.

Despite the distraction, Charlotte Flair defeated Royce with a Figure 8. After the match, Flair was interviewed backstage where she addressed what Lacey Evans did on the show.

Flair said that no matter what Evans does, she will never take Charlotte Flair’s crown.

Lacey Evans took to Twitter and commented on Flair’s segment, Evans mocked Charlotte Flair and said that she is coming after her last name first, implying she wants to marry Ric Flair.

Evans is already set on being a good stepmom for Charlotte Flair. We will have to see how the storyline progresses.