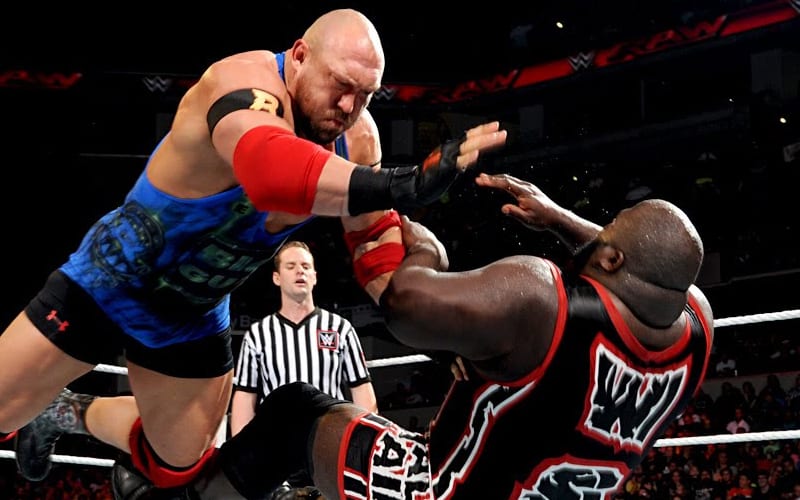 Ryback’s brutality and “Feed Me More” attitude brought a lot of intensity to the squared circle. It also cause a lot of bumps and bruises along the way.

CM Punk has openly stated how working against Ryback took years off of his career. Mark Henry had a lot to say about Ryback as well, especially after his disparaging comments about title belts in pro wrestling.

During Busted Open Radio, Mark Henry called out Ryback for being unsafe in the ring. He said that plenty of his peers agree as well.

“A lot of his peers look at him as difficult. A lot of his peers looked at him as dangerous. And yes, we talk about it on this show all the time. That [WWE] is a show, it’s sports-entertainment. It is a reflection of sports. He don’t use the term ‘fake,’ the championship is the championship. It’s not a prop, and he’s wrong. I’ve been a World Champion in three sports. And I consider pro wrestling one of those, but it was the politics that got me to the top. It was the fact that I’m a damn good entertainer because entertainment is in the name of the job description.”

Ryback said recently that he’s all healed up and ready for a return to television. After his recent accusations against WWE, it’s unlikely they’ll welcome him back with open arms. You can never say never in pro wrestling, but Ryback can always try his luck in Japan.