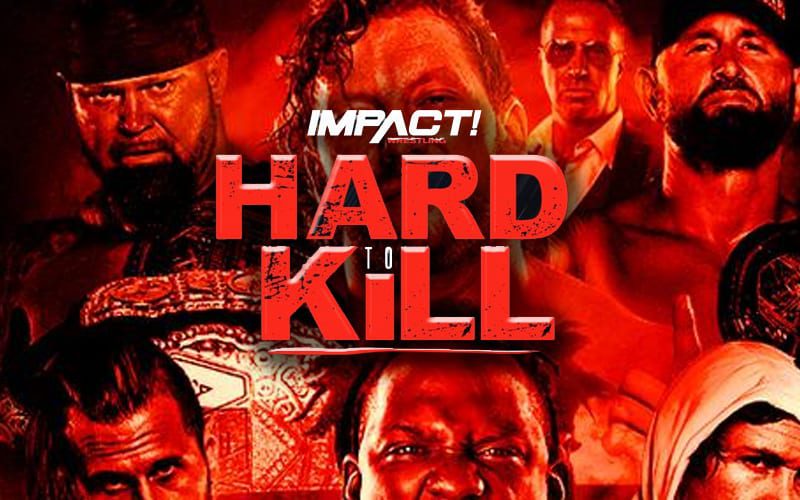 Kenny Omega will make his Impact Wrestling pay-per-view debut as he teams with the Good Brothers to take on Chris Sabin, Rich Swann, and Moose. Alex Shelley was pulled from the match due to unavoidable circumstances.

Havok and Nevaeh vs Kiera Hogan and Tasha Steelz will be a historic match as the company crowns new Knockouts Tag Team Champions. That match will conclude a tournament that has been on-going in Impact Wrestling for weeks.

The X Division Title is on the line as Manic takes on both Chris Bey and Rohit Raju in a triple threat match. Deonna Purrazzo is also set to defend her Knockouts Title against Taya Valkyrie.

Another match that will be must-see (so so many reasons) is Ethan Page vs Karate Man. That match was taped months ago and edited together. Page is already gone from Impact Wrestling as his contract expired on January 1st. This should be a good swan song.

You can check out the rest of the card below. We will have coverage right here at Ringside News.