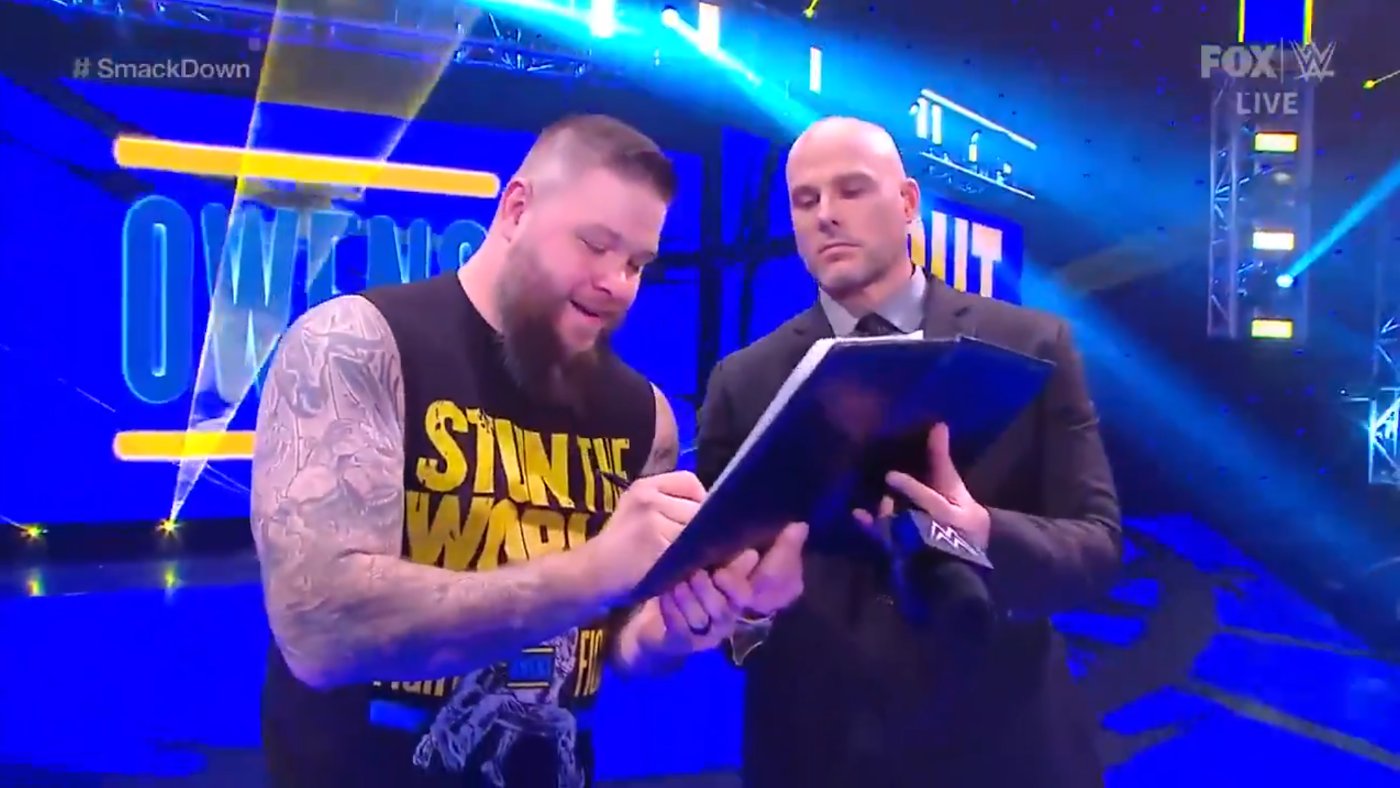 Adam Pearce was scheduled to challenge Roman Reigns for the WWE Universal Championship at the Royal Rumble pay-per-view.

During this week’s episode of Friday Night Smackdown, Pearce and Roman Reigns had a contract signing for their upcoming match. After it was signed, Pearce left the ring and then appeared as if he was injured.

Pearce was unsure whether he was physically to compete in the match. Then suddenly, Kevin Owens came out and Pearce revealed that Owens will be facing Reigns instead.

Owens signed the contract and the match was then made official as he will now challenge Roman Reigns for the Universal Title at the Royal Rumble.

After Smackdown concluded, Pearce took to Twitter and reacted to his ingenious move. He simply posted a GIF of a chess piece, signifying that he had outplayed and outsmarted Roman Reigns.

We will have to see how the feud between Roman Reigns and Kevin Owens will now develop.