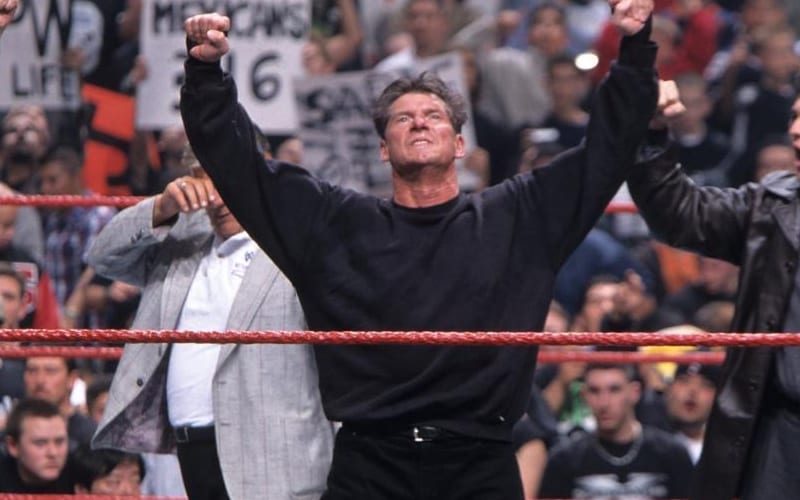 Vince McMahon won the 1999 Royal Rumble match. He didn’t get to headline WrestleMania because “Stone Cold” Steve Austin beat him for that opportunity at St. Valentine’s Massacre. The company also knew their direction months ahead of time.

We are weeks away from the 2021 Royal Rumble, and the company is still piecing things together. Right now everything is being discussed, even the concept of the Royal Rumble match itself.

During the Off The SKript podcast, Vince Russo discussed The Chairman’s big Royal Rumble win. He said that there were no other contenders to win the match because those plans were set in stone around the Survivor Series.

“There really wasn’t, bro [any other contenders]. I mean, that was such a big moment. We knew. We probably knew that, bro, I would say at the Survivor Series. 100 percent we knew Vince was going over at the Royal Rumble.”