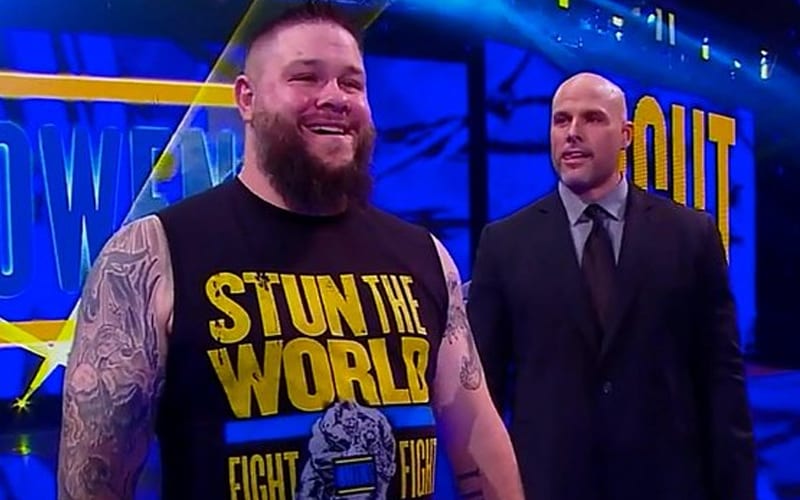 WWE centered this week’s episode of SmackDown around the Universal Title contract signing. Roman Reigns changed his mind about the stipulation, and then they met at the end of the night to ink a contract between The Tribal Chief and Adam Pearce.

Adam Pearce left the ring with the contract, after it was signed, and he started limping a bit. Then he said that he didn’t know if he’ll be medically cleared for a return to the ring by the Royal Rumble.

Since they signed a standard WWE contract, then that means the card is subject to change. Pearce said that he had to find a suitable replacement, and he did just that. Suddenly, Kevin Owens’ music hit and the former Universal Champion came out with a big smile.

Kevin Owens signed the contract to face Roman Reigns at the Royal Rumble instead. This was the swerve that fans were waiting for, and it happened tonight.

Roman Reigns didn’t seem happy at all about this change of plans.