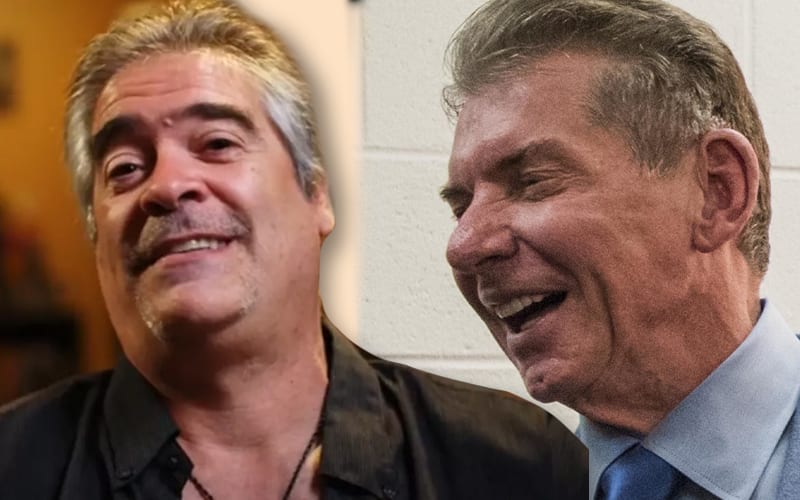 Vince McMahon enjoyed an incredible ride during the Attitude Era. So many ideas were working and, despite competition from WCW, they were pulling record viewership numbers.

During the recent Off the SKript podcast, Vice Russo explained the trust that Vince McMahon had in his writing team during that time. He said that The Chairman went along with everything that was given to him; because business was so good.

“Man, I’m telling you. because the numbers were going in the direction they were, it got to the point that he had such trust in us. Like, bro, I’m telling you, he just went along with everything! Because it was working!… But bro, especially by the time… I started writing for him I think March of 97, so bro, by the time we’re talking about the January of 99, I’ve absolutely got his trust now. So, when me and Ed are laying something out to him, bro, 99.9% of the time he’s going with it.”

“That was the great thing about Vince when we were working with him bro, it didn’t have to be his idea, he wasn’t that kind of a guy. You hear Tony Khan all the time, like ‘Oh yeah, this was my idea!’ or ‘Oh yeah, I put this tag team together’ or ‘Oh yeah, I called this guy.’ Vince was not like that. It never had to be Vince’s idea.”

Vince McMahon and WWE are in a creative predicament right now, and the viewership numbers also illustrate that problem. There is a new creative structure in WWE as everything flows through Bruce Prichard on its way to Vince McMahon. That system doesn’t seem to be changing any time soon.