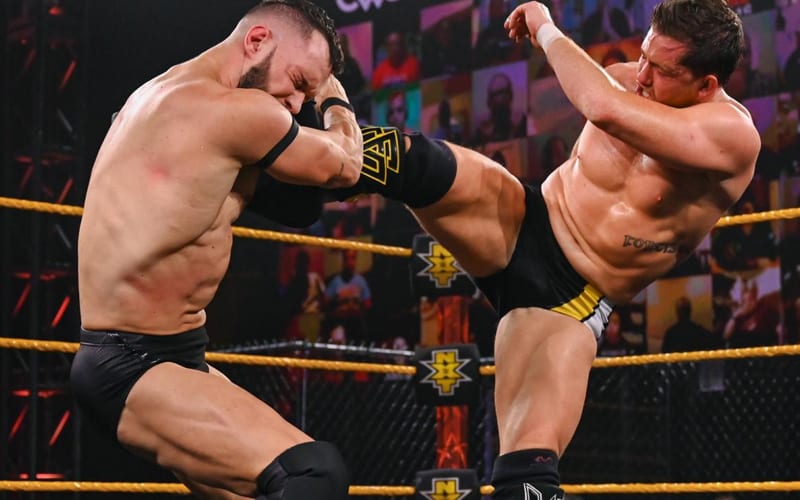 Finn Balor defended his NXT Championship against Kyle O’Reilly at last week’s NXT New Year’s Evil special. It was once again a hard-hitting affair, which saw Finn Balor retaining his title in the bloody war of a match.

WWE has officially announced the conditions of Finn Balor and Kyle O’Reilly after their hellacious match on the latest edition of WWE NXT’s Injury Report.

Finn Balor was said to have re-aggravated his arm injury during the attack from Dunne, Lorcan and Burch. His current status has been noted to be day-to-day.

Kyle O’Reilly re-aggravated his jaw injury in the attack from Dunne, Lorcan and Burch. He has not received the green light to make his return to the ring.

It is to be noted that most of the injuries mentioned during NXT’s Injury Report are part of storylines, but some are legitimate injuries.