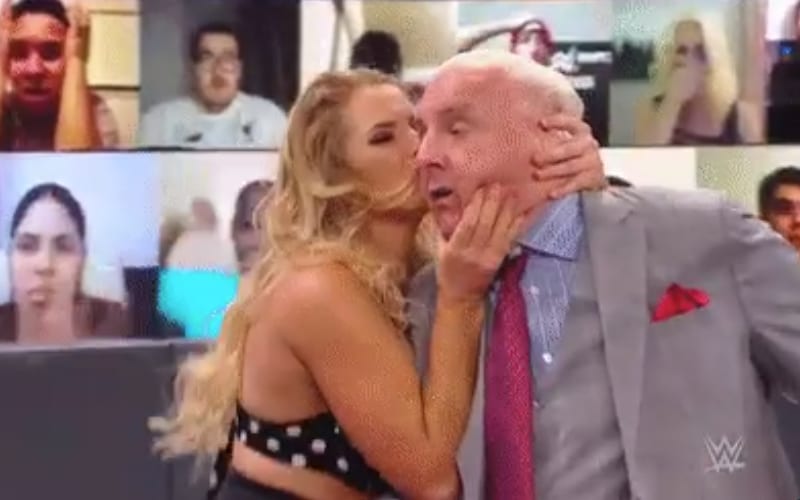 Ric Flair turned on Charlotte Flair this week on RAW in order to team up with Lacey Evans. This swerve was a bit of a shocking one as nobody saw it coming, especially The Queen. She’s able to joke about it now.

Charlotte Flair made a joke about the look she had when her father arrived on RAW this week. It was the same she had at a party when he arrived to take her home.

The Queen also replied to an animated gif of Lacey Evans running over to give The Nature Boy a little love at ringside. “Is he even cleared for contact?” she asked.

We’ll have to see where this story leads from here, but The Nature Boy is back on WWE television styling and profiling like always. He’s also paired up with a woman who is 41 years younger than he is.