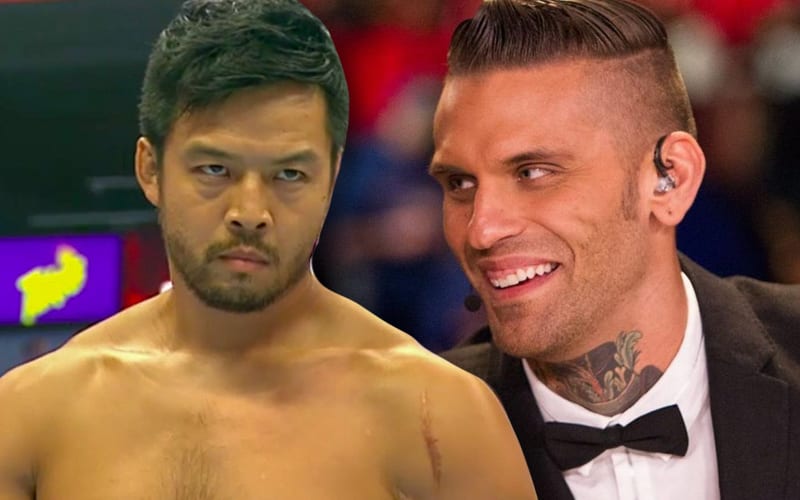 KENTA surprised fans when he sent out a photo from Orlando, Florida. Many fans wondered what the NJPW star is doing in the USA, but Corey Graves is more concerned about a missing phone charger.

We previously reported that KENTA landed in Orlando, and he noted that he was home. It’s unknown why he made this excursion to the United States. Corey Graves saw a photo of KENTA at the airport, and he wondered why as well.

Are you flying back to bring my phone charger to me?

KENTA has been a big time heel since leaving WWE, and he gave the Savior Of Misbehavior an appropriate response: “Hey Mr. Stupid idiot. Leave me alone”

Obviously, KENTA isn’t talking about why he made a trip back to the United States. Jon Moxley could be his target because KENTA has made no secret about not wanting to wait any longer for a shot at the IWGP United States Title.