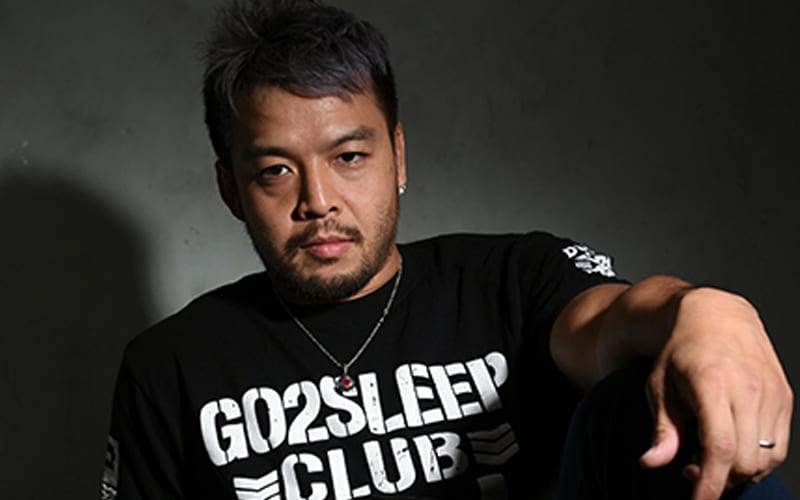 KENTA has made no secret about wanting to face Jon Moxley for the IWGP United States Title. Moxley hasn’t been able to make it back to Japan to defend that title. KENTA might have went to Moxley instead.

The NJPW star confused a lot of people on Sunday morning. He posted a photo of a dog and geolocated Orlando, Florida. He also said “I’m Home” as the caption.

AEW has not allowed Jon Moxley to compete for NJPW while inside of the USA. There is no absolute indication that has changed, but Moxley’s Wrestle Kingdom promo while inside the NJPW Strong ring was quite interesting.

We will have to see what KENTA is up to. He might be trolling fans, or just visiting with old friends. He did spend a lot of time in Orlando while he was with WWE NXT.