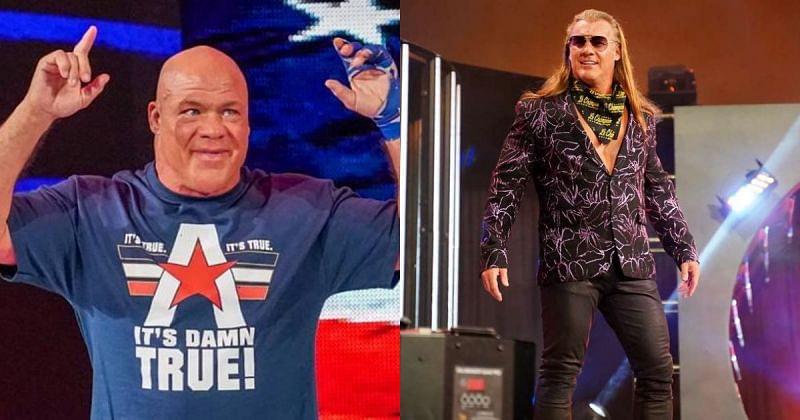 Chris Jericho and Kurt Angle are no strangers to each other, as they have faced off numerous times during their early runs in WWE. They are also two of the funniest individuals in pro wrestling, both inside and outside the squared circle.

Chris Jericho recently took to Instagram and made a post, where he celebrated his son’s big win in an amateur wrestling competition. His son Ash won two matches that day.

Jericho then decided to tag Kurt Angle and jokingly told Angle to look out for his son Ash.

Had a blast watching @ash_irvine924 win not just one …but TWO MATCHES at the dual meet today!! I was literally jumping up and down when he got the pin. Such a great feeling as a dad and as a wrestler…look out @therealkurtangle!

As many wrestling fans would know, Kurt Angle was a genuine Olympic athlete, who received a lot of respect from fans and peers alike after his gold medal win at the 1996 Olympics in Atlanta, Georgia.