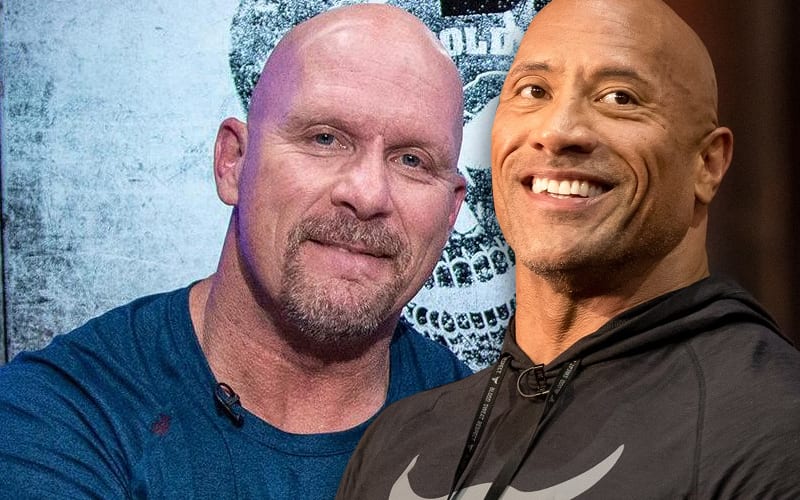 Steve Austin and The Rock went through many battles in the squared circle, but the Rattlesnake has yet to have The Great One on his Broken Skull Sessions interview show on the WWE Network.

“Stone Cold” Steve Austin recently spoke to Fox Sports when he was asked about Dwayne Johnson’s absence from his interview show. Of course, Austin would love to have The Rock on his show, but they just haven’t been able to work it out with his busy schedule yet.

The Rock and Steve Austin could record enough content for multiple episodes. The two have a long history, and walking through their rivalries could provide some great content for fans.

Dwayne Johnson is also one of the most famous people on the planet with a busy schedule to match. It might not happen simply because The Rock doesn’t have time, but it’s nice to know the offer is on the table.