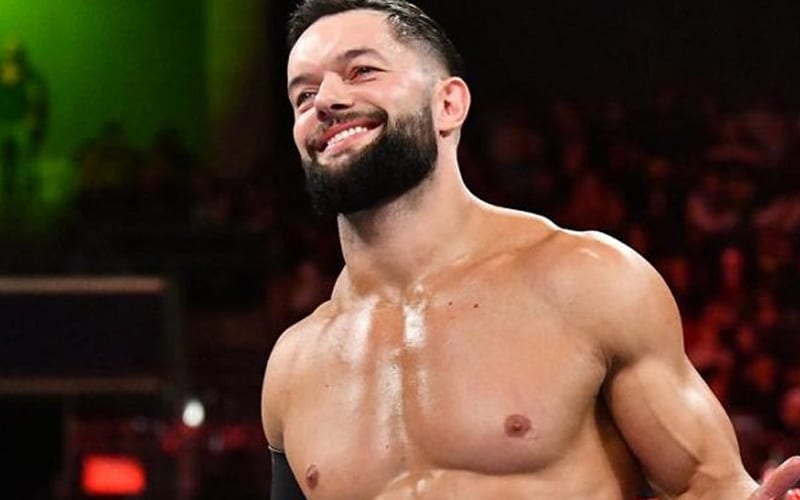 Finn Balor is NXT Champion and representing that brand proudly. He is also surrounded by good people backstage, some he idolized growing up.

While speaking to ViBe & Wrestling, Finn Balor talked about working with some people he looked up to when he was a young fan. Triple H and Shawn Michaels appeared on Balor’s t-shirt back then, but now they are actually having conversations with him about the best direction for his character.

“No, but I feel like it’s such a great night when the legends are around. For me, I feel very fortunate that I’ve gotten to work very closely with some of my heroes in the wrestling business – Shawn Michaels and Triple H being two. Obviously, I’ve worked very closely with Triple H for many years since I began at NXT and of course William Regal,” stated Balor. “Then more recently in the second run with NXT, Shawn Michaels is heavily involved behind the scenes. So, getting to know him and learn from him and pick his brain on what he feels is a good direction to take the business, I’ve learned so much from.”

“It’s always very surreal to be working with these guys that you idolized or you grew up watching and had their t-shirts or had their action figures. Now you’re having a discussion or debate on what you think is a good direction to go. I feel very fortunate to have that kind of environment in NXT.”

Finn Balor has been given the opportunity to work in NXT on two separate occasions, years apart from each other. Both stints in NXT saw Balor pick up the brand’s top title. He is obviously very happy to stay there for as long as he can.