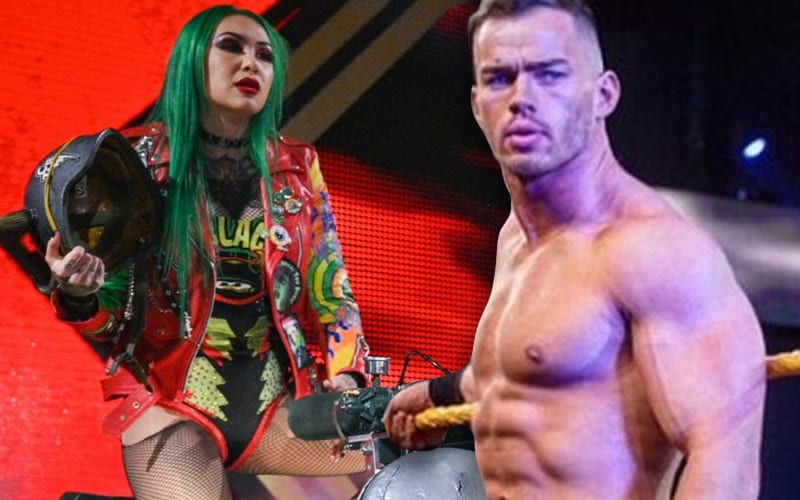 Shotzi Blackheart made a direct hit with her tank right into Austin Theory’s bathing suit area last night at WWE NXT New Year’s Evil. She had a much different type of shot to take the next day.

Blackheart prides herself on being ballsy, and her reply to WWE NXT’s tweet about her antics last night was quite direct. That shot hit Theory directly in the privates and, if you ask Blackheart, that’s a pretty difficult shot to land given the size of the target.

For such a small target my aim was incredible.

On a totally unrelated note, Austin Theory had some NSFW content leak after his WWE NXT return.

Austin Theory is the butt of several jokes. Odds are that will only continue as long as Shotzi Blackheart is around. You can check out the clip below.