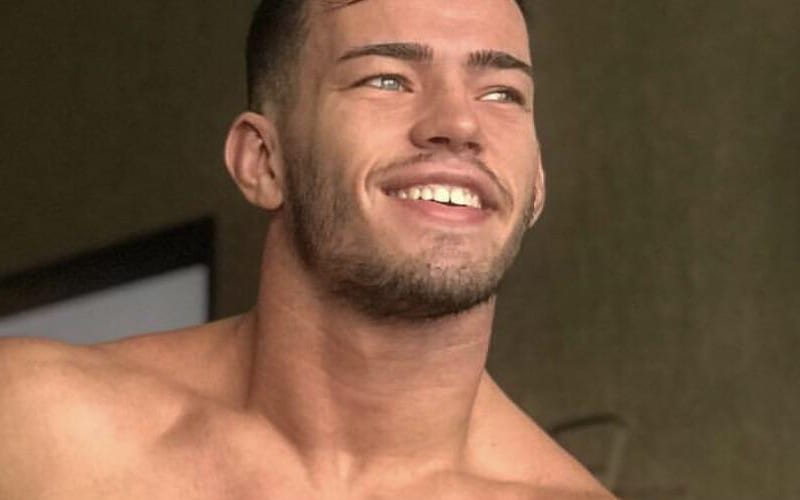 Austin Theory just returned to WWE television, and he is a part of the Gargano Family now. Someone was watching NXT TakeOver: WarGames, and they didn’t like seeing Theory’s return.

Theory was a disciple of Seth Rollins’ and then he was taken off television. His absence from the main roster came after he was accused of Inappropate conduct with a minor.

We have been sent numerous emails about a new pair of videos that were uploaded to a very popular adult video website. Both videos are the same, but one title is in English and the other is Spanish. They were also uploaded following his appearance at WWE NXT TakeOver: WarGames.

The uploader’s username makes reference to a slang used to refer to an illegal act with minors. The video features several smaller clips from cell phone footage, presumably taken by Austin Theory, where he is seen in a number of poses.

The video features Austin Theory in many compromising positions as well. At one point in the montage, he is seen twerking in a thong. He also later exposes himself. We will not be putting up any images or video clips, but they are out there if you know where to find them.