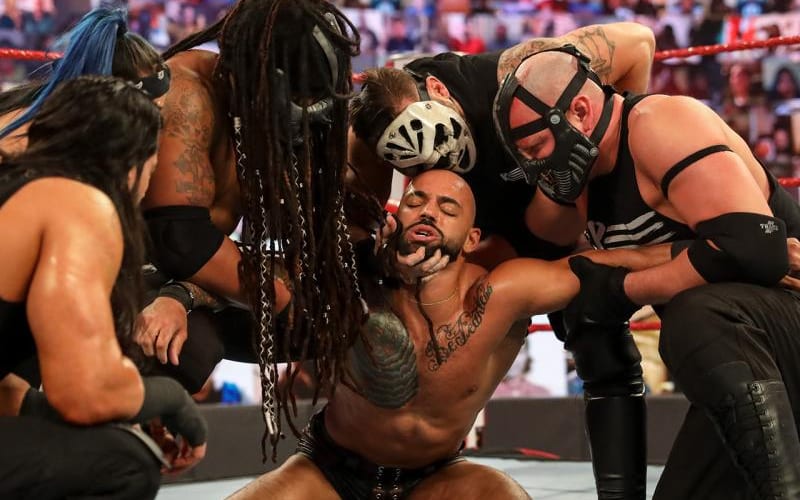 Retribution has been tracking Ricochet down in hopes that he will join their faction. The One And Only has been able to resist their advances, and then this week they were not on the show at all.

According to PW Insider, Drew Gulak tested out a new look during the Main Event tapings prior to RAW this week. He was sporting longer pants than usual. It is unknown if this is a long term change. His opponent was pretty interesting as well.

Mustafa Ali went off during RAW Talk about Retribution getting kept off RAW this week. He also mentioned Drew Gulak and Akira Tozawa in his rant, and now we know why.

Hopefully, WWE will find time for Retribution and Ricochet next week because it won’t be Legends Night.