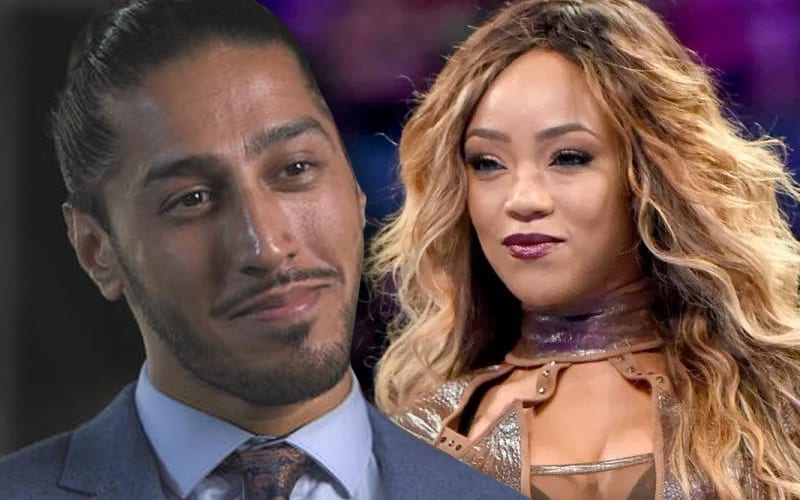 Alicia Fox was at WWE’s Legends Night this week for RAW, and Mustafa Ali was very happy to see her. Some fans might not realize it, but the two have an old connection and Ali owes a lot to her.

Mustafa Ali released multiple tweets which told a story about when he was just coming into WWE as an extra. He had no contract, and a Superstar like Alicia Fox didn’t even have to talk to him, but she did.

Ali said that Foxy saw him and that lost look on his face. Then she helped him out when she didn’t have to. Years later, the two got to enjoy that story during Legends Night.

I saw @AliciaFoxy yesterday and wanted to tell everyone how incredible this woman is. The first time I was invited as an extra (local talent) to TV, I had no idea what to do or where to go. Foxxy realized this just by the look on my face. She walked up to me and said “I gotchu.”

She grabbed me by the hand and took me to everywhere I need to be. Got me checked in, told me what time to be at the ring, what to expect out of the day and made sure that I ate!

Yesterday I got to remind her of that. She didn’t need to help some nervous, extremely lost kid. But she did. A damn queen.

Alicia Fox was quietly moved to Legends status from the main roster. She doesn’t show up very often, but Mustafa Ali will likely always make sure he speaks with her just to make sure she knows where everything is backstage.