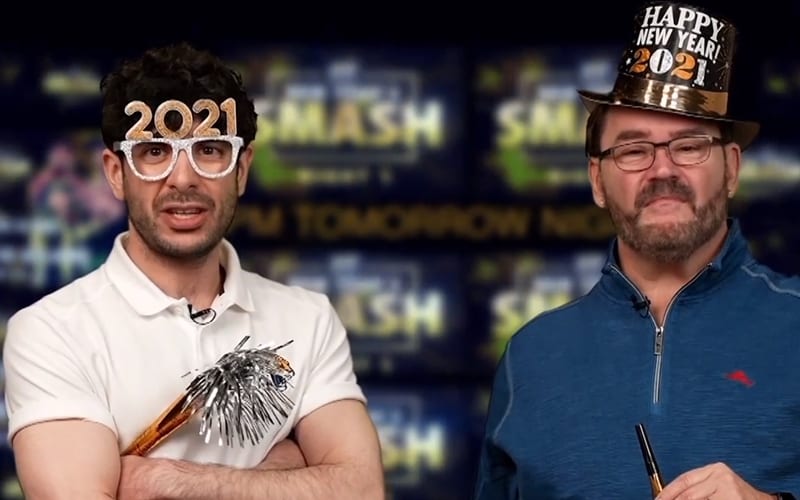 AEW Dynamite will present a very special episode of their show this week. The first night of New Year’s Smash is coming to TNT, and Tony Khan bought up extra commercial time during Impact Wrestling once again this week.

Tony Khan and Tony Schiavone showed up with New Year’s hats and glasses on to plug this week’s special Dynamite. It was yet another heel promo from Khan and Schiavone as they bought time during the rival company’s show.

They will present a big episode of AEW Dynamite this week. We might just see a new World Champion as Kenny Omega takes on Fenix.

Tony Khan took a shot at how Don Callis said he’s responsible for AEW. Khan said that he’s a patron of pro wrestling, but Callis is a parasite. Khan said he will be back on Impact Wrestling next week to buy another ad because he got a $100 bill in a Christmas card from his Grandmother “and I feel like spending it on something fun.”

You can check out the new commercial below.