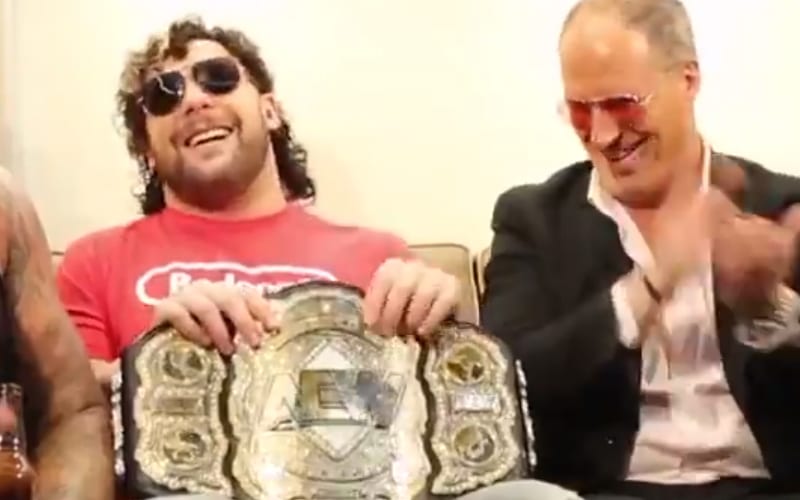 Kenny Omega returned to Impact Wrestling this week to continue hyping his upcoming match with the Good Brothers at Hard To Kill. They will face Rich Swann and the Motor City Machine Guns in a six-man tag team match.

Kenny Omega filmed several weeks worth of footage in one shot. These sketches have all taken place on a bus so far.

The Good Brothers started out the segment by making a joke about how big the AEW Title is, but they made it seem like they were talking about the size of Kenny Omega’s manhood at first.

The Good Brothers have yet to show up on AEW television even though Tony Khan laid out an open invitation for Scott D’Amore to send over anyone he likes.

Later on in the show, they did another beatdown on the babyfaces they will face at Hard To Kill.