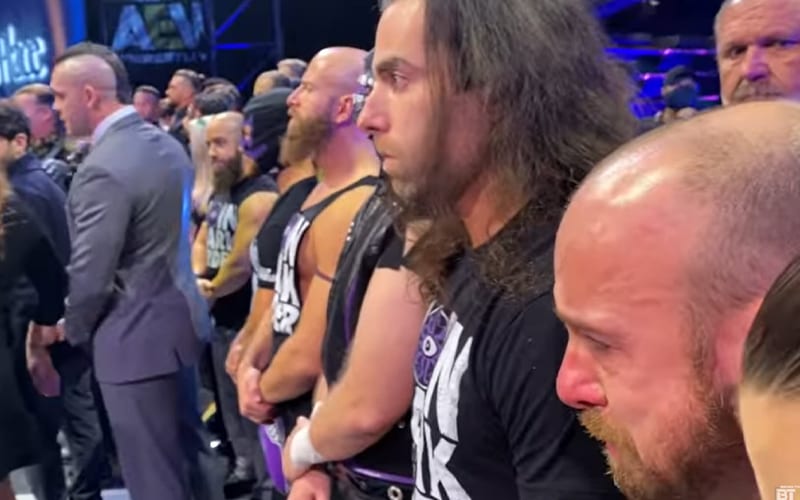 Brodie Lee’s life was celebrated on AEW Dynamite last week. The entire episode was crafted to pay tribute to the Exalted One, moving their planned New Year’s Smash event back one week. It was worth any rescheduling, because last week was all about Brodie Lee.

Being The Elite uploaded a special tribute episode last week. This week they uploaded episode 237: “Tribute.”

Brodie Lee was loved throughout the entire pro wrestling industry. His passing hit the corners of each company around the globe. This week’s episode of Being The Elite showed some of the backstage activity that took place during Brodie Lee’s Celebration of Life.

Matt Jackson started off the video by saying that the Brodie Lee Celebration of Life would probably be the most difficult pro wrestling show he’s ever been a part of. The last thing on his mind was actually wrestling on live television. He didn’t know any other way to pay tribute “because wrestling’s all I know.”

It was a touching tribute episode that gave a peek behind the curtain. One thing we also must note is Eddie Kingston gave an incredible backstage speech featured at around the 4:00 mark. Kingston said they will carry it, and they’re doing it for Brodie. There was also a moment where Hangman Page asked if he could sit with a mourning Dark Order.

Tears were shed and there was also laughter; because as Seth Rollins said, “it’s impossible to remember Brodie without laughing.” You can’t say enough about the lasting impact that Brodie Lee had on the pro wrestling business and the people who will miss him every day.

Last week’s “Brodie” episode was the highest viewed in a very long time. This week’s Being The Elite was an outstanding follow-up. There were also some skits after the lengthy tribute intro. You can check it out below.