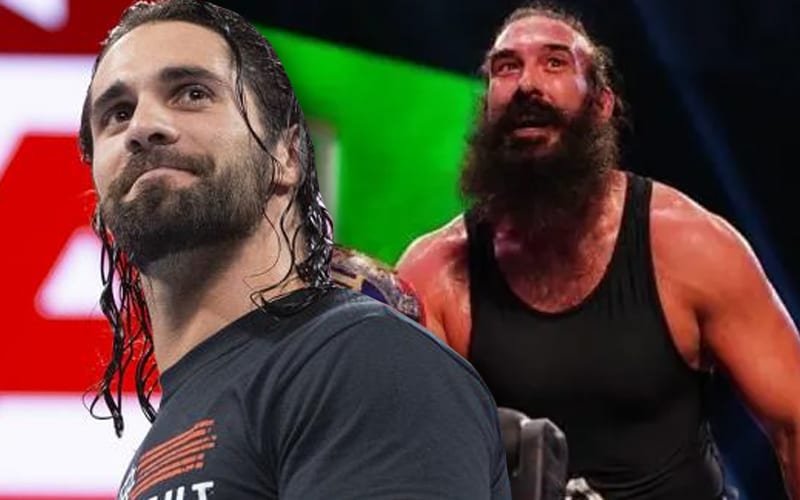 Brodie Lee is gone, but the memories he made will last forever. He was a father and a husband, but Brodie Lee was a friend for so many as well. Seth Rollins had a very unique relationship with the former Luke Harper.

Seth Rollins released a lengthy post on Instagram in memory of Brodie Lee. He spoke about vouching hard for FCW to sign Brodie Lee which paid off. Rollins was also so happy that the Wyatt Family was called up along with The Shield.

Rollins said that he and Brodie Lee almost came to blows backstage as they argued about a match. They were both so passionate about their stables, and they wanted to do right by them.

Brodie Lee was also a hilarious man to be around. Rollins called him a “sh*t stirrer.” He was smart and funny, and very kind despite his grizzly demeanor. Seth Rollins will never forget him.

I was hoping at some point that the perfect words would come to me, but the truth is I still can’t even come to terms with reality on this one. My heart is so broken. I loved Brodie. He was truly all the great things everyone has already said he is and if you ever met him you’d have known it in an instant.

He was a loving husband. A devoted father. He was a kind soul. A loyal friend. He was a grinder too, man. Passionate and thoughtful. Smart and funny. Dude had an infectious laugh and was such a shit stirrer. He was a person I looked forward to…and it god damn kills me to know I’ll never be able to do that again…

Back in FCW, I vouched HARD for Brodie to get hired at WWE based on knowing and working with him briefly in ROH. We spent a little time in Tampa together, but The Shield debut took me on the road pretty soon after he moved down. Luckily, the Wyatt Family followed us out of developmental shortly thereafter and let me tell you he was a real treat to have on the road. That’s where we really got to know each other.

I’ll always love him for prodding Bray and Braun to see how far they’d take their ridiculous oneupsmanship. He was often a monitor sellout because we’d all be waiting to see how many of Dana’s poses he’d sneak in during his match. He even came to me to try CrossFit when he wanted to lean up. I think he hated burpees more than I do. Funnily enough, he and I almost came to blows backstage during the Shield/Wyatt series. We were both so fired up trying to do right by our respective squads that we tended to get a little snippy towards each other. It was the best. He was the best.

And I’m smiling so big as I’m remembering all this good stuff, fighting back tears. I thought writing this would just be all crying and sadness, but it’s impossible to remember Brodie without laughing. He was just a light of good energy.

I looked up to Brodie. Not just because he was a physical mountain of a man, but because of how he was as a father and husband. And as I venture into those realms myself now, I really hope I can carry a bit of him with me. I hope I can be to my family even a little of what he was to his.

The tributes for Brodie Lee will continue to pour out as the days go by. Seth Rollins is one of many people who have reacted to Brodie Lee’s untimely passing. He is gone, but he certainly won’t be forgotten.