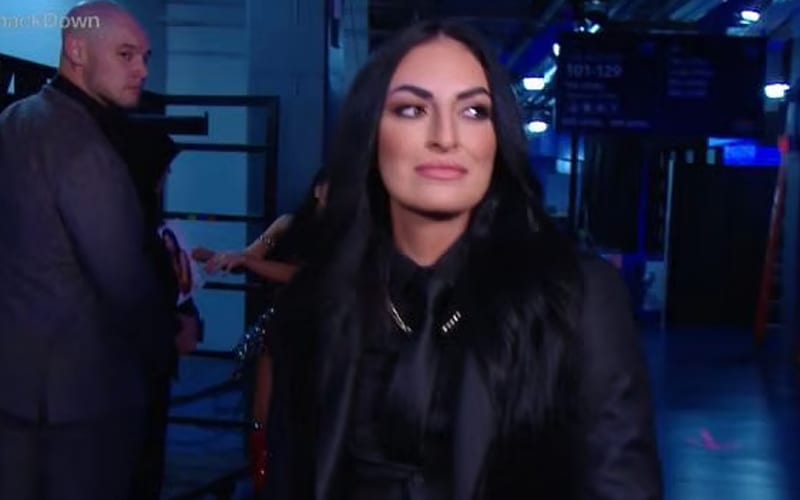 Sonya Deville appeared on SmackDown this week, and it was a big shock for a lot of people.

Ringside News exclusively reported this morning that Sonya Deville’s return to the company was kept under wraps. Not a lot of people knew it was going to take place at all.

Sean Ross Sapp also reported that nobody thought she would be back for months. Her return could really help the blue brand’s women’s division.

There were a lot of people in WWE that didn’t expect Sonya Deville back for months to come, so this is a big shot in the arm.

We’ll have to see what’s next for Sonya Deville in WWE. She seemed to have a concentrated look on her face. Daddy Deville is back, and Liv Morgan isn’t the only one who was excited to see her.