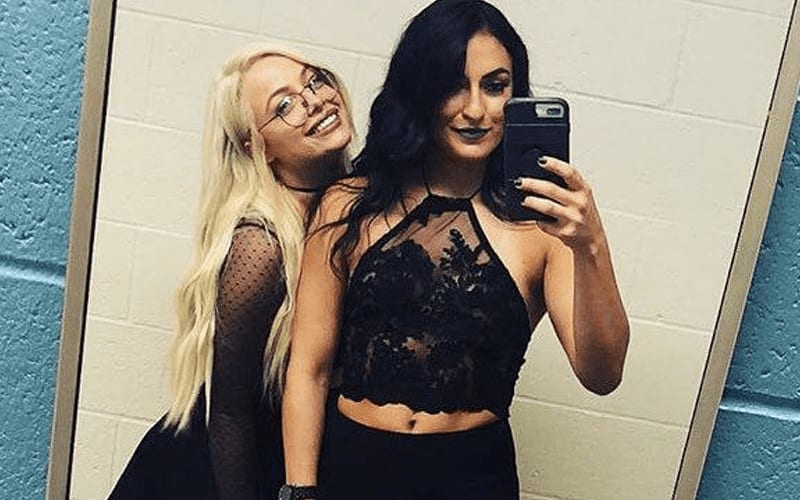 Sonya Deville returned to WWE television this week, and a lot of people were shocked to see her. Click here for our exclusive on the secret involved with bringing her back to television.

Our complete coverage of WWE Friday Night SmackDown from this week can be found here.

WWE made it clear that Sonya Deville’s return was “no illusion.” She certainly turned some heads backstage. Liv Morgan was one person who was obviously happy to have Sonya Deville back as she tweeted out: “Daddy’s home.”

Sonya Deville replied to Liv Morgan saying: “I saw you.”

We’ll have to see what’s next for Sonya Deville. She might finally get to play out that Daddy Deville character that she’s teased for so long. This got the WWE Universe’s attention in a big way as they kicked off 2021.