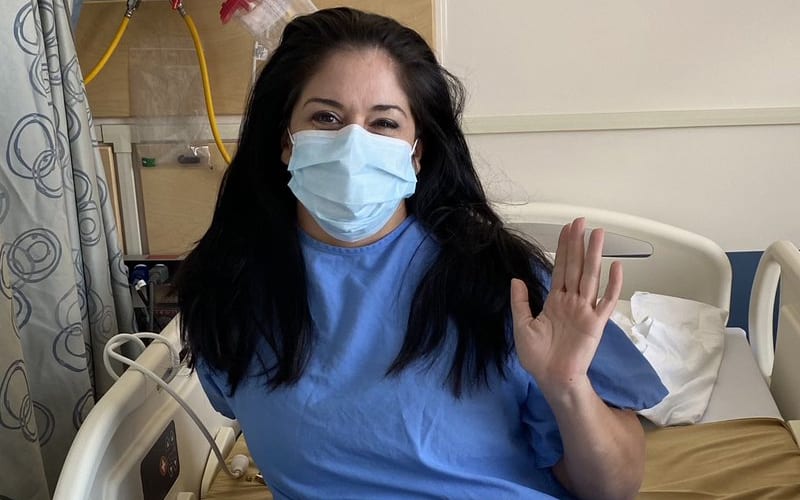 Sarah Stock was released from WWE on April 15th, and she’s had quite a journey since then. Stock was arrested in October for aggravated battery, resisting law enforcement, disorderly conduct and public intoxication by alcohol, but those charges were dropped. Now she has another situation and it will require surgery.

Stock revealed on Twitter that she is due for her first surgery. This isn’t something that is a result of an in-ring injury. She slipped on some ice and took a nasty fall.

Happy New Year! Had a fall outside on the ice yesterday; broke a bone and ruptured a ligament. It’s my driving leg, too! First time going into surgery, so a new experience to start the year.

We’re sending out our best to Sarah Stock during this time. Hopefully, she can get through this surgery and come out even stronger. It is also a good lesson to keep in mind whenever you’re walking on icy ground.