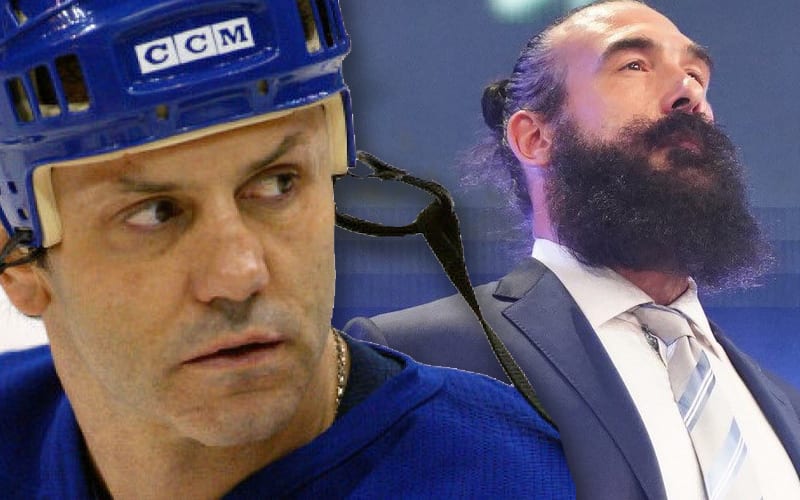 Brodie Lee loved many things including hockey. He was such a fan of Doug Gilmour that his agent made sure his contracts reflected that.

Doug Gilmour played professional hockey for 20 seasons on seven different teams. Brodie Lee was such a fan of Gilmour’s that his manager did something special for his deals. It was revealed on a recent episode of Talk Is Jericho that Brodie Lee’s representation made sure that all of his deals ended with 93, Gilmour’s playing number.

Gilmour saw a tweet that contained that little factoid. He loved Brodie Lee, and he knew how much Brodie loved hockey. Doug Gilmour said he misses Brodie Lee already as he sent out a very respectful tribute.

I can’t say enough when I here things that he did. True leaf fan and I was his fan too mutual respect for life. Miss him already.

Brodie Lee’s passing brought many stories about his life out in public. He loved his family, pro wrestling, and hockey. He also loved his friends and he had a ton of them. Brodie Lee was loved throughout the pro wrestling world, and that carried over into the hockey world as well. Even his hero Doug Gilmour will miss Mr. Brodie Lee, and we all know he’s not alone in that.