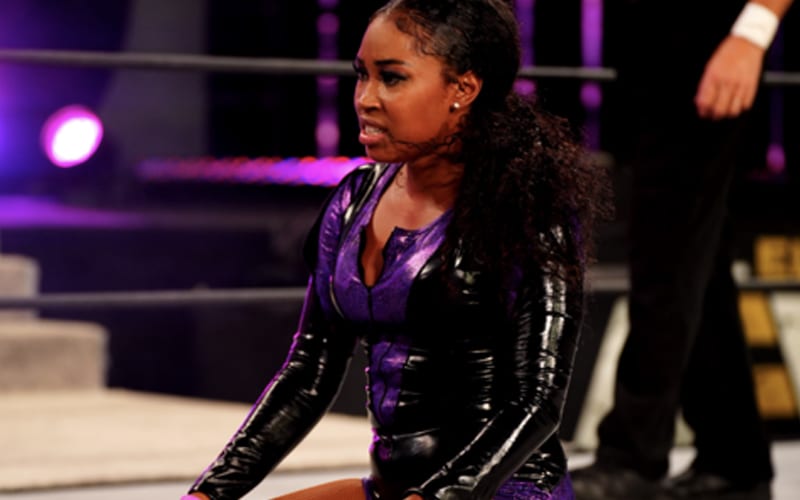 Ariane Andrew showed up in AEW as a part of their women’s tag team tournament. It was a big surprise to see the former Funkadactyl on AEW television, but it almost didn’t happen

While speaking with Wrestling Talk, Andrew revealed that she almost didn’t take AEW up on the offer to join their tournament. She was training for a return match at Effy’s Big Gay Brunch, but that event was cancelled. There was some concern over how she would look in that match, but it was too tempting of an offer to pass on.

“It was really refreshing. I just wanted to keep it real and I almost wanted to say no to the opportunity because I haven’t been in the ring. I was training at the beginning of the year, before COVID happened, for EFFY’s Big Gay Brunch to have a match, because I hadn’t been in (the ring) and it was a lot of pressure and last minute, I almost said no. ‘How the f*ck am I even going to look? I’m going to look like shit.”

“I only have a little wrestling experience and on top of that, what is the backstage going to be like?’ I said, you know what, don’t do it for fans, family, or management, who are you doing this for? I was doing it for myself because I wanted to prove that if you can face a fear, it’s the most rewarding thing. Everybody there is so friendly. It’s a different environment, people want to see you win there. It’s such a family. Once I was able to go backstage, I was like, ‘Damn, this is what life is about?’ I love it. It’s very different and I was not used to it. The experience was great. There are things I wish I could redo because we didn’t have time to go over stuff but nothing is ever really perfect. As long as I can say I did my best, given the circumstances.”

Ariane Andrew hasn’t been back to AEW since then. There is always the possibility that she will return for something in the future. She is busy with other projects and also self quarantining as much as she can while we all wait for the pandemic to slow down.

AEW was welcoming for Andrew and it seems like her experience was a good one. You never know what the future will hold, and she did well considering how long it had been since she wrestled.