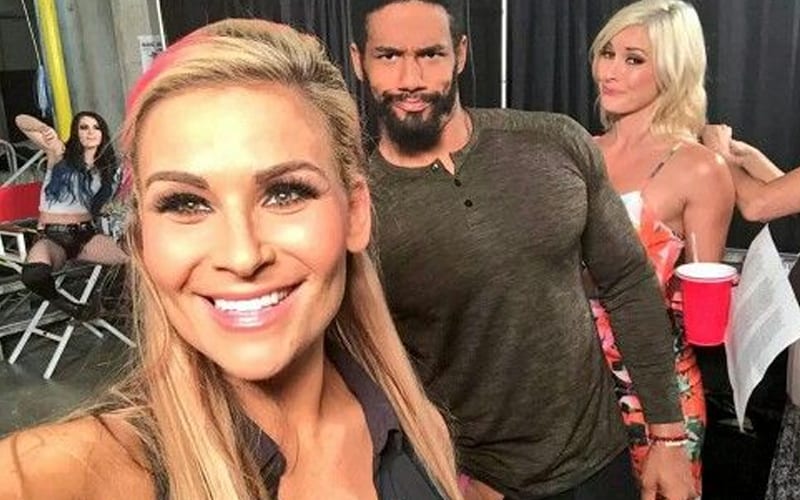 WWE typically pays their Superstars well, but there are always other ways to get a bigger paycheck. Fred Rosser knows a very good trick to pull that off.

While speaking to Wrestling Inc, the former Darren Young revealed how he would sometimes intentionally put himself into conversations where he would be featured on Total Divas. He spoke to Natalya on a few occasions. The two are good friends anyway, but getting him on the show was certainly a benefit.

It worked, and he was featured a few times speaking on the E! reality show. This resulted in a few paychecks for the former WWE Tag Team Champion.

With WWE and their reality show, Total Divas, anytime the cameras are around, I get right on there because for me, not being a part of the show, you’re going to be get a check in the mail because you’re on their show. They pay you. Any time I see Nattie Neidhart, I go, ‘Hey girl, how you doing? How’s everything going?’ And Nattie knows how to turn it on. ‘Oh my God, I’m having so much problems with this Diva, that Diva,’ and I’m just listening, listening. So I know when the cameras are on, a check is in the mail for me. After you’re done and the cameras turn away from you, they’re writing down who was involved in each scene.

Anyone featured in Total Divas will get a check. The amount of that check varies on many things. Obviously, regular cast members get the bigger paydays.

Total Divas also gives Superstars a chance to gain exposure on a network with viewers who might not be familar with them. It’s always good to boost your brand, because you never know when the ride in WWE will be over. Fred Rosser can attest to that.