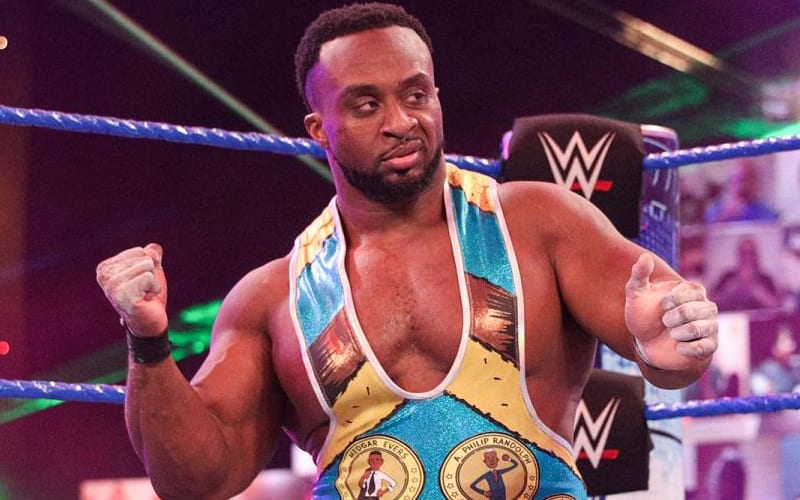 Big E was separated from Kofi Kingston and Xavier Woods during the WWE Draft. They found success apart from each other, but Big E’s story is just being told on his own.

During his Hall Of Fame radio show, Booker T had a lot to say about Big E’s current singles run. He expressed a desire to see Big E change things up as he splits off from the New Day gimmick.

“Think about it for a second. Do you remember what the Harlem Heat wore? It was a full singlet. When I became a singles wrestler, I wore tights. I wore boots. I became something totally different than what people had seen me from a tag team perspective. Did I keep a lot of the elements from the tag team? Not a whole lot of them other than my attitude. I went out and performed pretty much the same way.”

“The elements of going out and working from a tag perspective, that had to totally go out the window. I didn’t have that corner over there to rely on anymore. I had to think about my endurance from a totally different perspective. I had to go out there and be able to perform and keep you totally in a zone when you are watching it. At the same time, wrestling is about making the fans feel a certain way when they are watching it, not just looking at a match go down. That’s where I think a lot of times our guys today get caught up in entertaining. It’s not about entertaining no one other than the fan that is watching, giving them that ultimate moment so when they leave the theatre, they say, I can’t wait to get back one more time. When I watch Big E going forward, I’m going to be looking to see if he is going to be bringing the pain. I’m going to look at it from a psychology perspective.”

Booker T knows a thing or two about breaking off on his own. He did so and became a 6-time World Champion. He also received a WWE Hall of Fame induction on his own prior to an induction for Harlem Heat as a team.

We’ll have to see what 2021 has in store for Big E, but there are a lot of eyes on him right now.