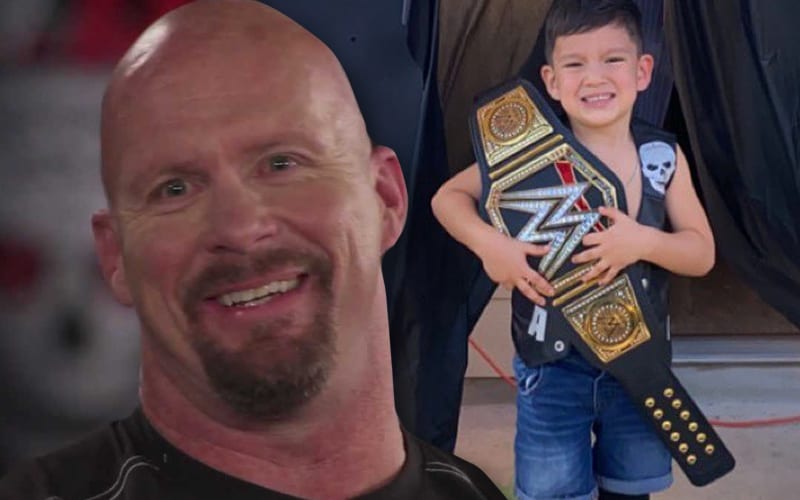 Steve Austin is known throughout the world for his glass-breaking WWE entrance. It turns out that the next generation of pro wrestling fans are also learning from the Rattlesnake.

Twitter user @Iceesis posted a video and several photos from their four-year-old brother Mason’s birthday party. Mason had a Stone Cold theme, and he went all out.

Happy 4th birthday to my brother Mason. So thankful mom brought you into this world and even more thankful that i get to call you my brother. I love you always!!

The video of Mason’s “Stone Cold” Steve Austin entrance even got The Rattlesnake’s attention. He tweeted out: “Oh heck yea!” It would have probably been “oh hell yeah,” but he was tweeted back at a four-year-old.

You can check out the video of Mason’s epic entrance below.