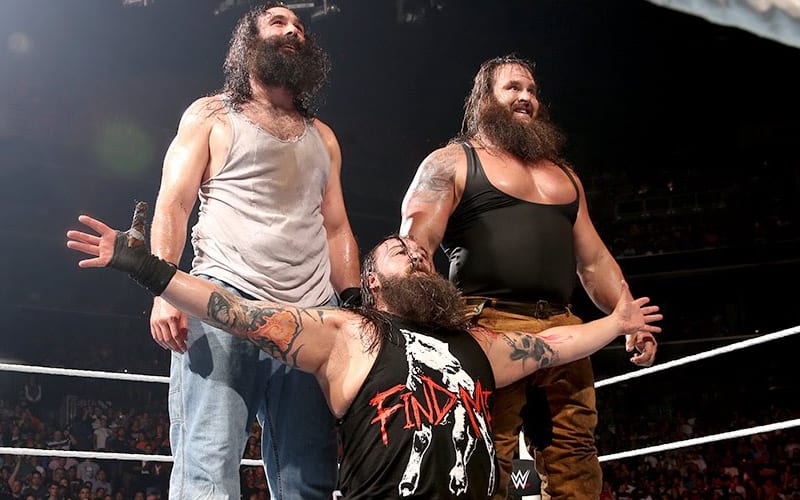 Braun Strowman was called up to the WWE main roster from NXT with less than ten matches under his belt, and he was very green. Strowman was a monster in a black sheep mask, and he learned from amazing men surrounding him in the Wyatt Family. Brodie Lee was an experienced voice for Strowman to help him along the way, and now he is gone.

Brodie Lee passed away, and Strowman took a bit of time to write a heartfelt Instagram post for his old friend. A piece of fan art inspired this post as Strowman talked about how much Brodie Lee meant to his career.

The crazy thing about this fan art is I’m sure I can speak for the rest of the guys in it and in the locker rooms he shared that we all looked up to Jon. From day one when I didn’t know shit about the business ( trust me he reminded me on the regular lol) he took me under his wing his constructive criticism was like no ones else’s he had no problem telling me when I sucked but he also was one of the first ones to tell me when I did something good. We traveled the world together and he had to put up with my crazy ass. I learned so much from him and god the memories I will cherish the rest of my life are unbelievable. We all used to joke about when we were all old and fat and fired from anywhere that would let us wrestle that we were gonna take over the mid evil times business and he said he was gonna be the silver knight and the silver knight ain’t putting nobody’s ass over. Because in the ring he made everyone look amazing. He’s was one of the must unselfish men I’ve ever met and an amazing husband and father it was always magical being around him with his family cause he went from salty old Brodie to loving Jon. I wish I could walk out to the firefly’s one more time with you brother. Those were the most amazing days of my career and I will hold them hi till I’m gone. Save me a seat and a turkey leg at the round table. Ride hard silver knight. I love you

This is a very sad event, but his memory lives on. So many have spoken about the personal impact Brodie Lee had on their lives.

Both WWE and AEW are remembering him by retweeting tributes regardless of company lines. It wouldn’t be surprising if Brodie Lee is remembered on both company’s programming in the next week. Obviously, Brodie Lee’s passing shook the pro wrestling world in a huge way. That is especially true for those who knew him well like Braun Strowman.