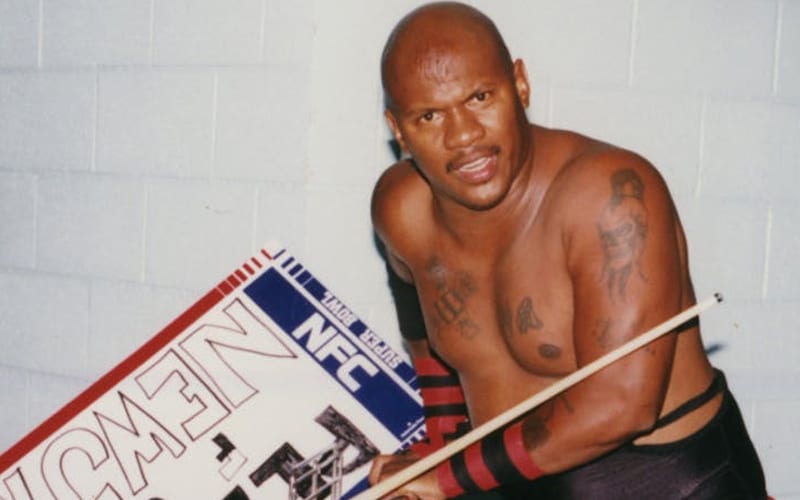 You never know what to expect when New Jack is in the ring, especially if a staple gun is in the mix.

CM Anderson recently spoke to the House Of Hardcore podcast. He talked about just how unpredictable New Jack can be. Anderson and New Jack are friends, but they always say that you hit your friends the hardest. That also applies to staple gun spots to the crotch.

“Me and Jack were really close. He was wrestling me.  Everybody in ECW knew how much he hated Vic Grimes. The night before, he wrestled Vic Grimes and he would always ‘shoot’ put real staples in there for Vic.”

“Well, he tells me we are going to do that spot with the staple gun and I watched him open it up and get the staples out.  He puts it back in.  I go out and wrestle Raven. He comes out. When he lays me down for the spot, instead of stapling my head, he gets funny and puts it on the head of my dick.”

“Well, there was a staple that got jammed in the back where it comes out. When he hits that plunger and that thing comes out, my life flashed before my eyes.  It was this pain and it was one of those inch and a half ones and it was sticking out of my dick and I was screaming. I was in so much pain. Jack was still dancing around and I heard him say, ‘Get up CW.'”

“I look up at him and say, ‘Jack, you have stapled my dick.’  He looks down and starts laughing under his breath. When I said I was a paralyzed crab, he laid down beside me and was laughing his ass off.”

You never know what New Jack will do. He has a very unique sense of humor. It is very entertaining to watch him work, but it also hazardous for those he’s working with at times.

CW Anderson seems to be okay now, but a man can only take so many New Jack staple gun nut shots. A conversation about boundaries might eventually be appropriate, but that could only further encourage the Original Gangster.