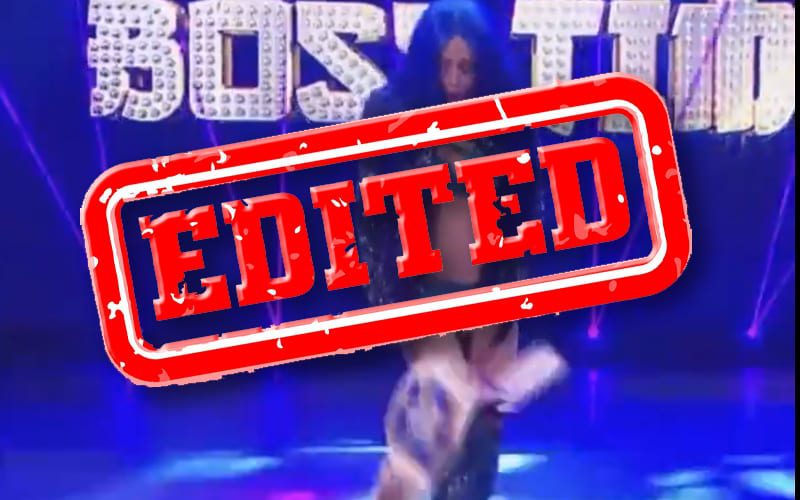 WWE brought a Christmas episode of SmackDown this week. They pretaped the show on the 22nd, and that gave them the chance to do some editing.

Click here for the complete spoilers for WWE Friday Night SmackDown this week.

Sasha Banks made her way to the ring during SmackDown this week, and there were no issues. Fans who watched the show live in the ThunderDome on the 22nd saw a much different show.

Banks’ belt actually fell to the floor. Bayley also pointed and laughed at her old friend’s botch. WWE obviously didn’t want this to be a part of the show. So, they edited it out.

Fans who watched at home on FOX during the Christmas episode did not see this hilarious botch. We did get video of it, and you can watch that here.