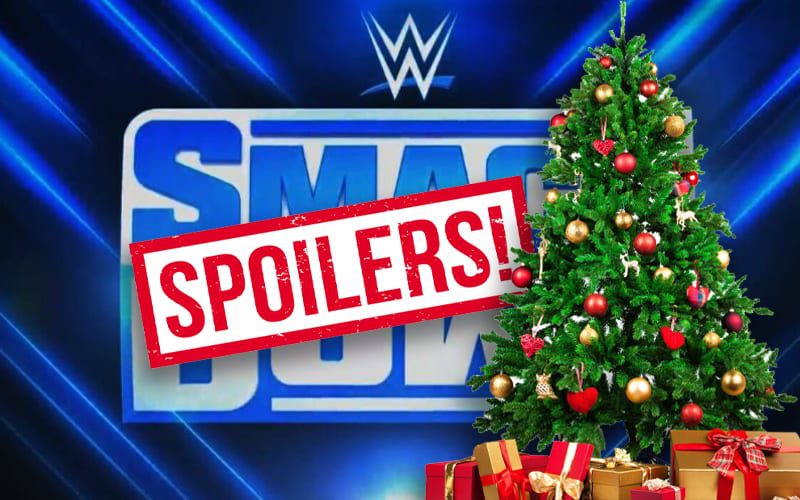 WWE will air a brand new episode of Friday Night SmackDown on Christmas night, but it won’t be live. The company is taping SmackDown a few days early, and we have the spoilers right here.

This is your official spoiler warning. Everything from this point on will spoil the Christmas Day episode of Friday Night SmackDown.

Charlotte Flair and Asuka will defend their WWE Women’s Tag Team Titles, but no opponent has been revealed yet. Also, Roman Reigns and Kevin Owens will battle in a Universal Title steel cage match.

They will likely have plenty more in store for fans. Some things might be inserted in post production, or taped in a backstage segment not seen by the ThunderDome crowd.

The spoilers will begin in just a few minutes, and we will keep these results live. So, keep refreshing and we will continue filling in the spoilers as the company continues.

They have a lengthy match. Roman Reigns slammed the cage door on Kevin Owens’ face. Jey Usos is apparently up there and handcuffed Owens to the cage. The match went through at least two commercial breaks.

Charlotte and Asuka are up next

The WWE Women’s Tag Team Champions come to the ring, and out comes Bayley. Out comes Sasha Banks. There is a moment where Sasha Banks’ title belt fell down and Bayley laughed. Carmella comes out, and she’s tagging with Bayley.

Bayley and Mella are out first as Banks pinned Bayley. Flair pinned Belair with Natural Selection for the win to retain the titles.

The Street Profits got Sami Zayn a gift for Christmas. It’s his “I Am The IC Champion” shirt, but they put “Was” over it. Nice segment for the Holidays.

This match goes a pretty good amount, possible two commercial breaks’ worth of solid wrestling. Daniel Bryan won. This match was supposed to be on TLC, but they saved it for Christmas. The same is the case for the main event.

This lumberjack match came in handy as Sami Zayn tried to run away, but they carried him back. Then Big E hit the Big Ending and won the IC Title.